A host of kickable penalties were turned down despite the Capetonians struggling to execute their attacking play well on the day. 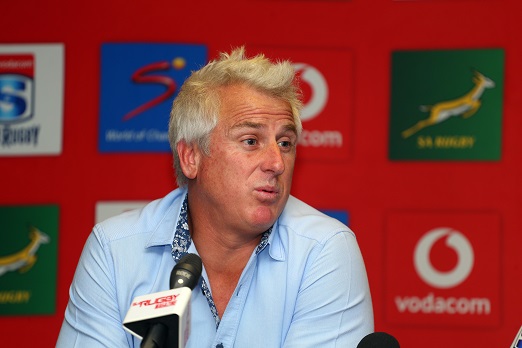 Stormers coach Robbie Fleck smiled ruefully after he was asked whether it was a classic case of one step forward, two steps back following his side’s 17-19 loss to the Brumbies at Newlands at the weekend.

Wastefulness was the dominant theme of the match, with the hosts spurning a host of chances.

Given the small margin of victory for the Australians, there was also a lot of attention given to the Stormers’ decision to turn down various kickable penalties in favour of going for touch.

“That is a decision for which I will always back the captain. The players felt they had an opportunity there,” said Fleck.

“We were 12-0 down so we took the lineout. I can understand the decision to go for the try in that regard. We came close. In hindsight, maybe we should’ve gone for posts, but the players felt it was the right call and I will back that.

“At the end of the game we went for the points, but Josh Stander missed that one opportunity in the second half. There was another penalty from a maul, which was probably tough to kick. We will always back the decision made on the field.”

However, Fleck wasn’t in denial about his troops’ flawed execution on the day.

“We’re not running away from the fact that we should’ve executed better. The execution rate in the 22 needed to be better, regardless of whether the Brumbies conceded penalties or not,” he said.

“We had the majority of possession and territory, we should’ve done more with it.”