Swys: I didn’t realise that I’m such a control freak

The Lions coach bravely opens up on the stress-related illness that's changed his life and how he's learnt to cope with it. 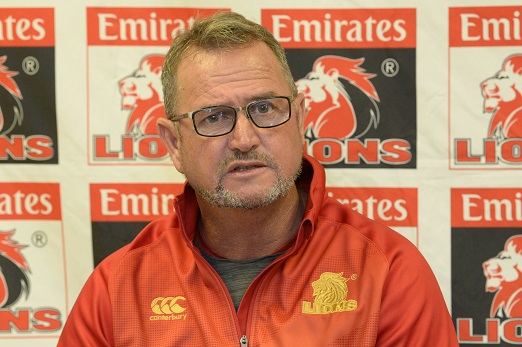 Swys de Bruin has candidly admitted that he didn’t realise just how difficult it is for him to let certain things go.

The Lions coach on Thursday opened up on the stress-related illness that saw him return early from the side’s Super Rugby tour to Australasia, prompting him to take three weeks’ medical leave.

“I didn’t realise I’m such a control freak,” he said, ahead of Saturday’s meeting with the Waratahs at Ellis Park.

“”If I can’t control things, it affects me. The players will tell you that I take things to heart, I make stuff personal. It wasn’t something that happened specifically. It built up over a period of time.”

The 59-year-old mentor, who previously stated that the professional help he’s seeking has done wonders for his psyche, also reiterated that his treatment won’t be a silver bullet.

“To pinpoint specific stuff is not going to solve this thing,” said De Bruin.

“It’s now about how to react when it flares up again. I was hoping it would be a one-time thing, but it’s not. I see a professional weekly. I’ve been challenged twice this week to apply certain techniques. I’m feeling ready to go.”

South African rugby (and sport in general) still remains guilty of misunderstanding and underplaying the significance of mental illness and its stigmatisation is something De Bruin hopes to help eradicate.

“Growing up in this country is tough. You’re a bad guy if you can’t the hammering or the stress. I must be honest, I’ve realised this happens to so many men. I’m thankful that I can sit here and say that a true leader is someone that can sit back and let the others around him take control when he can’t.”

De Bruin also confirmed that his role with the Springboks will remain unaffected and he will travel to the World Cup in Japan as a consultant.