Mbalula calls Niehaus a ‘crook’ the ANC must now ‘deal with’

The head of elections has blocked the MKMVA spokesperson, who says Mbalula is an opportunist who lacks respect for his seniors. 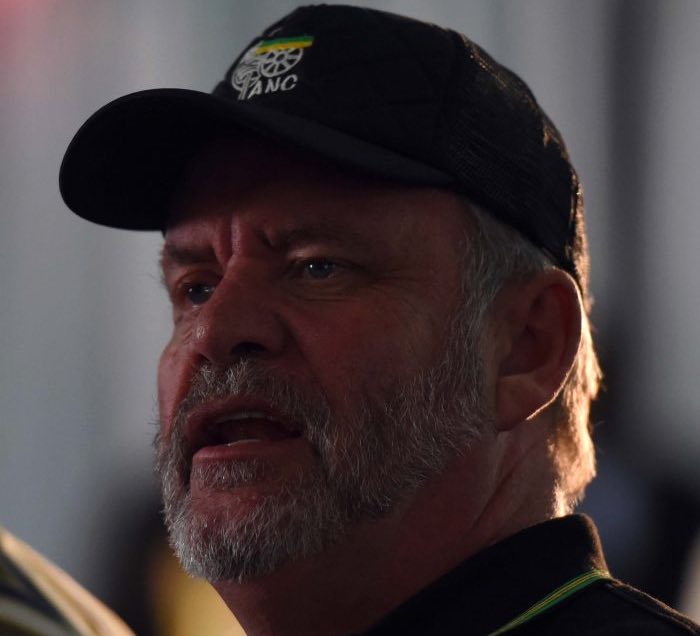 Mbalula and Magashule recently made headlines following conflicting comments, where the secretary-general said the people voted for the ANC, and not an individual, while Mbalula said President Cyril Ramaphosa’s election as party president in 2017 was a “game changer”.

Mbalula told EWN: “The polls have been positive on the president and Ramaphosa was a game changer, he knows that. He thinks we’re overpraising an individual over the party but he must be embracing the goodwill of the people in terms of how they view the ANC and its leader. It was good for the ANC, of course it’s not a one-man show, and we understand that. But what I was talking about was that he was a game changer, the new dawn was a game changer, Nasrec was a game changer. If we were stuck and we didn’t have Nasrec we would have gone down to 40% and we know that.”

And Magashule said in a video shared by Niehaus: “All of us played a role because the ANC is not about any individual. There is no individual who is better than the ANC. People have just voted and they know that they were voting for ANC.”

Our SG, comrade @Magashule_Ace, speaking like the true cadre of @MYANC that he is. Viva ANC! pic.twitter.com/6Oxca1lIa9

Niehaus also shared his opinion on the matter and slammed Mbalula for “indulging” in a “nonsensical narrative”.

“There are some comrades who are arrogant, provocative, careerist, and triumphalist in the extreme,” said Niehaus in a statement.

In response, Mbalula blocked Niehaus on social media, and an exchange of bitter words ensued.

Niehaus said: “Hmmm so this young chap, Mr Fearfokkol Mbalula Fikile, has gone and blocked me. He seems to fear much, especially engagement about his blatant opportunism, careerism, and lack of respect for his seniors, such as the SG of the ANC, comrade Ace Magashule. Talk about real cowardice!”

But Mbalula said Niehaus was in no position to criticise him and accused him of being a crook, an accusation supported by Tourism Minister Derek Hanekom.

“You are a crook. What the hell you doing at Luthuli House is still a mystery to us now that we are done with elections we must deal with you.”

What is he doing at luthuli house ? Employed to insult leaders of the Anc masquerading as former mk when he is never being.

This guy is well known crook he is employed at our head office how come njani? Fraudster.

“My expectations of him were already very low, but he has even managed to disappoint those,” he said.

The Sunday Times reported in 2017 that Niehaus allegedly told a landlord he owed money at the time that his mother had passed away and stood to inherit money that he would use to pay off his debt. The claims were, however, contradicted by a family member who told the publication that his mother was still alive.