Southern African cowpea to get spot in the limelight

The crop cannot be planted on a large scale because of the scarcity of the seed. 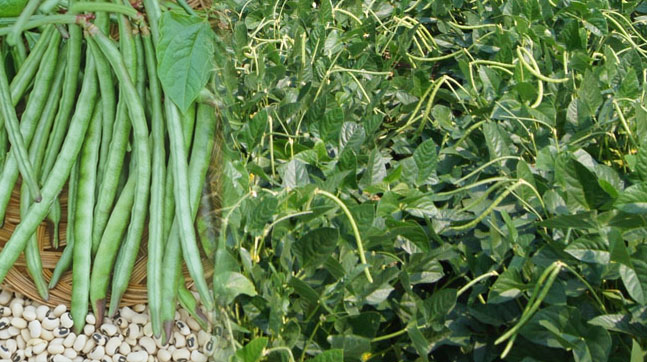 The North West University is pioneering the introduction of the southern African indigenous cowpea to the scientific world, with researchers in the animal sciences department working to establish whether animals could also consume the plant.

In a country that is struggling with water supply, researchers at the university discovered that the cowpea plant does not require much water compared with other field crops.

The university will be the first institution in the world to introduce the cowpea, found in small pockets around Mafikeng, Lehurutshe, Kuruman and Botswana, to the scientific community.

The crop is known by different names in different regions, such as Mae a Tsilwana and Ggopo tsa Nare in Setswana. In Afrikaans it is called akkerboom or dopboontjie, in Sepedi the crop is known as dinawa, in Xitsonga is known as tinyawa, in Tshivenda it is known as Munawa, while isiZulu speakers call it imbumba, indumba or ihlumaya.

Under the supervision of lecturers Motlogeloa Mokolobate and Dr Khosi Ramachela from the School of Agricultural Sciences, Rose Semenya, a master’s student at the Mafikeng campus, is looking at what agronomic factors can influence the cowpea.

Agronomy is the science and technology of producing and using plants for food, fuel, fibre and land reclamation.

The crop cannot be planted on a large scale because of the scarcity of the seed.

“One kilogram of seed has the potential to plant a hectare of land, drastically reducing the cost of seeds and fertilisers. Due to this cowpea’s vigorous vegetative growth, it completely covers the soil surface and reduces soil erosion,” Semenya said.