Hurricanes wary of the great Duane

The veteran Springbok No 8 has been a rock for the Bulls this campaign. 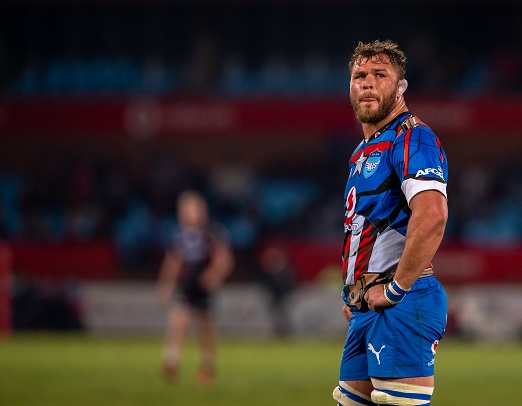 Duane Vermeulen of the Vodacom Bulls in action during the Super Rugby match between Vodacom Bulls and Emirates Lions at Loftus Versfeld on June 15, 2019 in Pretoria, South Africa. (Photo by Anton Geyser/Gallo Images)

Uncompromising Bulls No 8 Duane Vermeulen’s reputation and status in world rugby has proceeded him ahead of this weekend’s crunch Super Rugby quarterfinal battle against the Hurricanes in Wellington.

Vermeulen has been a rock at the back of the Bulls maul this year while his aggressive defence and superb abilities at the kickoffs underlined his importance for both Bulls and Springboks.

Canes counterpart Gareth Evans, who had to battle injuries before returning recently told Kiwi website stuff.co.nz that they are aware of the Vermeulen threat. The Kiwi added that it is noticeable in the Bulls’ performances without Vermeulen how much he meant to them.

“He’s excelled for them and starred when he’s been on the field, so hopefully they turn up and it’s a good hard contest,” said Evans.

“You’re marking one of South Africa’s greatest No 8s in Duane Vermeulen. He’s a big ball-carrier, a physical player.”

While the Bulls haven’t faced the Canes this year, they recently managed two credible draws on Kiwi soil against the Blues (22-22) and the Highlanders (24-24) after suffering big defeats at home to the Chiefs (56-20) and 45-13 against the Crusaders.

They however still managed to secure fifth place on the overall table, but will face the travel factor after only returning from New Zealand the week before they faced the Lions last weekend.

Evans, who suffered a calf injury in round two of the competition and only returned to action against the Sharks recently, said that apart from Vermeulen, Bulls forwards like lock RG Snyman and flank Marco van Staden also pose a real danger.

“It’s a big, physical Bulls pack, so we’ll have our work cut out for us up front, which we have all year,” Evans added.

The Bulls in the meantime have encountered some travel obstacles after departing on Monday night. They arrived in Auckland only for their connecting flight to Wellington to be delayed.

Centre Jesse Kriel is expected to return at the expense of Burger Odendaal.