‘He was always my protector’ – wife mourns detective husband, allegedly killed by partner

David Hoffman was shot dead on Saturday night, allegedly by his partner in the Anti-Gang Unit, top detective Marlon Appollis. 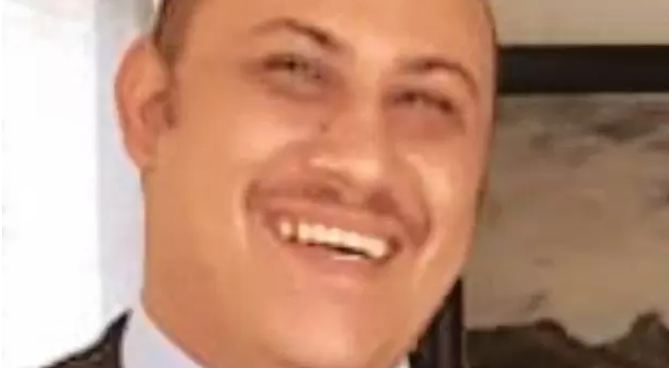 When Sergeant David Hoffman died in front of his wife Ashley, she lost the man who had been her “protector” since she was six years old.

“I was always fragile. He was always the protector,” Ashley said at her husband’s memorial service in Franschhoek on Thursday.

She recalled meeting him on their first day of school when she had wet her pants.

All their classmates had laughed, but David had gone to fetch a mop and bucket and cleaned the floor.

“He told me not to worry. That day he become my protector.”

Hoffman was shot dead on Saturday night, allegedly by his partner in the Anti-Gang Unit, top detective Marlon Appollis.

The shooting, understood to have been accidental, took place at Hoffman’s relatives’ home in Skool Street, Franschhoek.

Appollis faces a charge of culpable homicide and is out on R1,000 bail.

Ashley spoke of how she had to share her husband with the public, as his job meant that most days he would only be able to grab a few bites of his dinner before being called to a scene.

“The police was his life, not just a salary. He was so proud of his work,” she said.

Lieutenant Colonel Abraham Brown, Hoffman’s team leader in the AGU, said prior to his death on Saturday night, a stranger had run onto the property while being chased by a mob. Hoffman had protected him, despite not knowing who the man was, he said.

It is understood that the Hoffmans had phoned the police station for assistance, but no vehicle had been available. The family is said to have phoned Appollis to come and assist.

Police Minister Bheki Cele, during his address, said Hoffman had “put himself on duty” when the man had sought assistance.

“He died on duty and will be treated as such.”

This would include an official state funeral, Cele said, as mourners applauded.

He said in this instance, there were “special circumstances” involved in the officer’s death.

AGU head General Andre Lincoln described Hoffman as analytical and a true detective of the 21st century, owing to his expertise in information technology.

He was helpful and always prepared to go the extra mile, Lincoln said, admitting that he selfishly sometimes forgot that Hoffman was a married father of two.

He would remember the sergeant as always smiling and as someone with a soft nature.

“I hope one day we can speak of him without a tear.”

Since his death, “a dark cloud has been hanging over the AGU”, he said.

In 2008, he was promoted to detective in Somerset West, until being transferred to Stellenbosch in 2013.

Hoffman’s mother Margaret said when her daughter-in-law phoned her on Saturday night to ask her to speak to her son as he lay dying, she thought it was a prank.

“He was my first born, my darling child. He was the world to me,” she said.

“I am very proud of my child and sad to have to let him go.”

She urged police management attending her son’s memorial service to ensure that police stations were fully staffed and had enough vehicles to carry out their duties.

She said they had phoned the police three times on Saturday night, but no vehicle had been dispatched.

Hoffman’s funeral will be at the Franschhoek Town Hall on Saturday.