As a teenager working as a domestic worker in Johannesburg, Linda Maponyane believed she was destined for a different path. 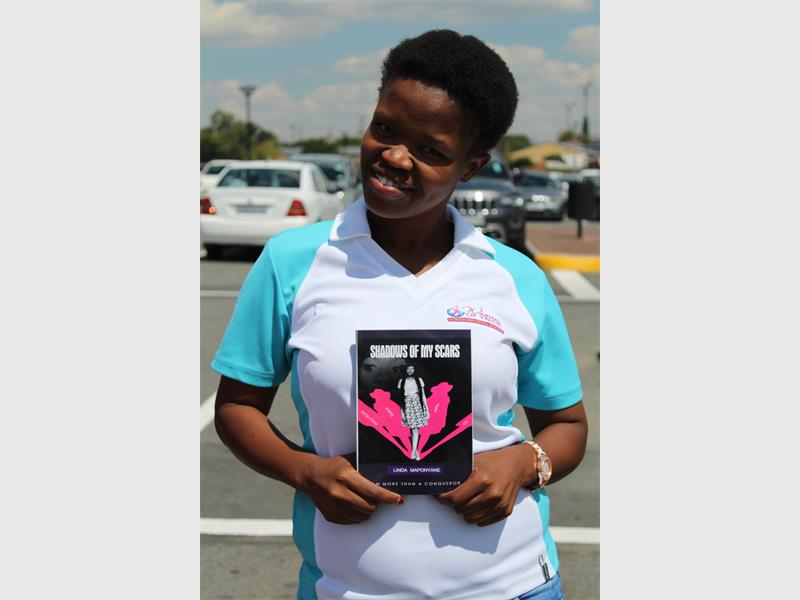 She set her sights on studying psychology. Thirteen years later, she finally got to wear her academic cap.

Maponyane, 36, was born in Limpopo. The daughter of a domestic worker, she moved around often – from Mokopane to Benoni – living with family members as she made her way through school.

A top-achiever in Grade 12, she matriculated at 16 and enrolled at the Vaal Triangle Technikon (now the Vaal University of Technology) to study accounting, but after her first year she was forced to drop out when her parents divorced and money became tight.

She returned to Limpopo, but a year later packed her bags because she had had “enough of the mediocrity”.

“I can remember arriving in Johannesburg, standing with my bags in Noord Street with no idea where to go,” she recalled.

Everyone she rang up that day in 2003 had stories as to why they couldn’t take her in. She eventually found a place to stay in Benoni with a distant relative.

Unemployed and unable to pay her way, she contacted her mother’s old employer in Mulbarton, South of Johannesburg, for a job.

She worked as a domestic worker for the woman she describes as her “second mom” for close to a month.

“One day she told me that I was too smart and clever to be doing this, that my potential was being wasted,” Maponyane said.

Her employer tried to find her an office-based job, which she did – as a cleaner and tea lady at a shipping company.

“But I am a smart girl. By the time I eventually left that company, I had been promoted to reception and filing and later imports controller,” she proudly reminisced.

In 2005, she registered for her Bachelor’s Degree in Psychology through correspondence.

Her interest in the field was based on wanting to help people, but also to understand conditions such as schizophrenia, which one of her relatives suffered from.

The expense of living on her own in Soweto, financing her studies and building her mother a seven-bedroom home in Moletjie after their mud house was destroyed by floods meant her finances were exceptionally tight, she explained.

“I had to sacrifice my education. I had 30 modules to do, so in some years I did one, others two, according to what I could afford. It was going to be a very long journey,” she said.

In 2011, a few weeks before one of her exams, Maponyane was raped and robbed in Tembisa.

She was hospitalised and later put on ARVs for 28 days, but nevertheless wrote her papers – and passed.

“I think more than anything, what happened to me propelled me to go further. I wanted to be the voice, the motivation that told people that you can rise above this,” she said.

Her attacker, Justice Morake, was caught and sentenced to 1 535 years behind bars for a series of crimes.

Maponyane wrote him a letter, telling him that she forgave him for what he had done.

This was the second time she was raped, the first time being on a Limpopo homestead when she was 12-years-old.

She decided to put her story into her own words, detailing her trials and triumphs in the book Shadows of my Scars.

All this while continuing with her psychology studies.

In March, she received the notification she had been working towards for over a decade.

“”It was so worth it. I remember days where I thought I couldn’t do this anymore. But purpose called and reminded me why I am here. I asked myself, ‘If I give up, then what?'”

Writing her book also piqued her interest in publishing and media, and she registered and started a publishing business called Kenako Media House. She has been accepted to do her honours in Communications, and hopes her company will be able to empower the unemployed and add to the economy.

Maponyane, who lives in Ebony Park, Midrand, is also a pastor.

“I counsel people every day. I incorporate the knowledge I gained on human behaviour with the spiritual side of things,” she said.

Maponyane earlier this month shared a snippet of her story on the #ImStaying Facebook page, garnering over 25 000 reactions and more than 1 000 shares.