In the confusion and disappointment, a South African on his way back to Canada was relieved to secure his international flight back home. 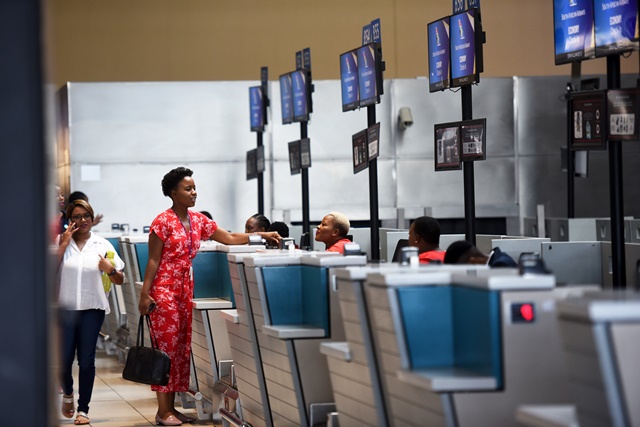 South Africans making their annual trip home from abroad were surprised to land at OR Tambo International Airport on Friday morning to find out connecting flights to their respective hometowns were cancelled.

“They approached me and told me that my flight had been cancelled and that they will try and transfer me to a different flight.

“They didn’t really give us a guarantee that we are going to get flights, but they said that if they have a space they will have to transfer us but if there is no space then they don’t know what to do,” a visibly distressed Ncebakazi Ntoni, 26, told News24 on Friday.

Earlier on Friday, SAA spokesperson Tlali told the media it would continue to ground flights until Monday after initially cancelling all domestic, regional and international flights for Friday and Saturday, due to two unions embarking on industrial action.

“The cancellation of regional and domestic flights will be extended to Monday but we have decided to continue with international flights on Sunday,” Tlali said.

The National Union of Metalworkers of SA and SA Cabin Crew Association announced earlier this week they were embarking on a strike from 04.00am on Friday.

The two unions, representing more than 3,000 SAA staff members, said the strike was to protest plans to fire 944 employees, and the carrier’s failure to meet their pay demands, Fin24 reported.

Tlali reiterated on Friday the airline was not in a position to offer them anything other than a 5.9% increase.

In the confusion and disappointment, a South African on his way back to Canada was relieved to secure his international flight back home.

“We got here and found that our flight was cancelled, however, I will say that the receptionist at the desk was wonderful. She got us a KLM flight to Amsterdam and we will fly directly with Air Canada.

Unions and the airline are still at loggerheads over the negotiations currently taking place.

“The deadlock is still there. The unions are still sticking to their guns, we continue to urge them to approach the situation with open minds. All of us must understand how serious this is. We are exposing ourselves to a revenue loss of R52m a day. If this continues there will be no winners,” Tlali said.