Twala opens the video by telling Longwe that he wishes it was him who killed Senzo Meyiwa so that he could rot in jail. 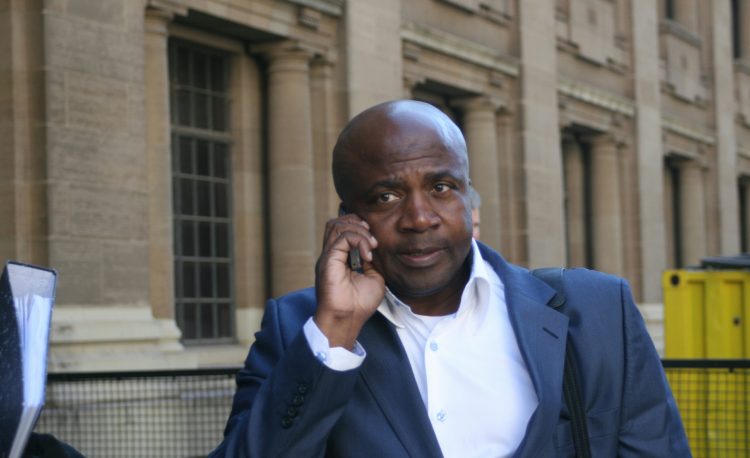 South African musician and producer Chicco Twala recently instructed police to shoot his son in a new leaked video in addition to hurling a barrage of insults at him after allegedly handing him over to the police for stealing.

In the video posted by controversial Twitter parody account Man’s NOT Barry Roux, Twala’s son Longwe can be seen seated at the desk of a police officer while Twala’s voice can be heard ranting.

Text superimposed over the video states “voice of Chicco Twala at Diepkloof police station where he handed his son Longwe Twala to the police for stealing”.

Twala opens the video by telling Longwe that he wishes it was him who killed Senzo Meyiwa so that he could rot in jail.

He then proceeds to swear at Longwe before telling him that his behaviour and actions have destroyed his (Chicco’s) name.

“Put a bullet on him, if he runs away, shoot him,” added Twala in response to a female voice in the background who says that Longwe will run away.

LISTEN: Longwe Twala says he was a ‘coward’ on the night Senzo was killed

Twala then tells Longwe how he would rather bury him and that he would be better off dead than destroying his father’s name the way he currently is.

He concludes the clip by lambasting Longwe for wearing an EFF t-shirt while stealing and asks him if he was doing that because he wants Julius Malema to harass his father.

Chicco Twala to Longwe Twala: ‘You were even wearing an EFF t-shirt when you were stealing’, you want Julius to harass me, say Chicco’s son & what what all that sh*t. EFF doesn’t stand for such sh*t, EFF doesn’t stand for people who steal, Marete ao.’ #LongweTwala #ChiccoTwala pic.twitter.com/IgufgXB89t

Longwe is one of the many people who were present in the house on the night Senzo Meyiwa was shot.

At the time, he was dating Zandile Khumalo, who is Kelly Khumalo’ssister.

READ NEXT: Chicco Twala: My son knows who killed Senzo