WATCH: Police use water cannons to disperse crowd in Cape Town on first day of lockdown

Cops were well within their right to use the water cannon, says national police spokesperson. 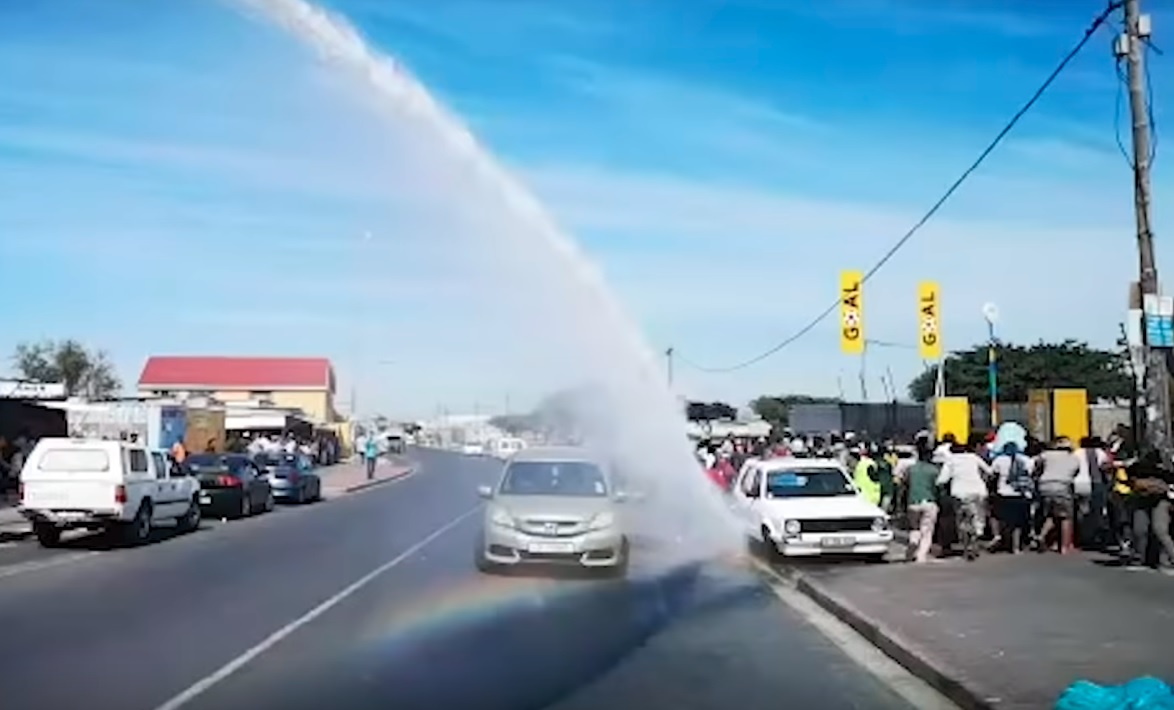 Police have defended their use of a water cannon to disperse a crowd of people outside a store in Delft, Cape Town, on Friday – the first day of the 21-day lockdown, aimed at curbing the spread of the novel coronavirus.

In terms of lockdown regulations, people have to stay at home and are only allowed to leave on conditions, which include essential work, buying essential goods and collecting grants.

But it was business as usual in some parts of Cape Town on Friday and police had their hands full as they tried to restrict citizens’ movement.

In Delft, a water cannon was brought out and a video of the police’s efforts to disperse the crowd was shared on social media.

WATCH: Police in the Cape Town, South Africa suburb of Delft use water cannons to clear the streets after a national 3-week lockdown was imposed Friday night pic.twitter.com/q2gThJjWsH

National police spokesperson Brigadier Vishnu Naidoo said police officers were well within their right to use the water cannon.

He said “there were more than 2,000 people who tried to enter the shop in Delft” and that “they refused to leave when they were asked to”.

Naidoo added that police continued to maintain high visibility in hotspot areas, such as Delft in Cape Town, Alexandra in Johannesburg and Soshanguve in Tshwane.

Following President Cyril Ramaphosa’s announcement of the lockdown, people flocked to shopping complexes and malls to stock up on food and essentials.