Insect numbers under threat… which could threaten humanity 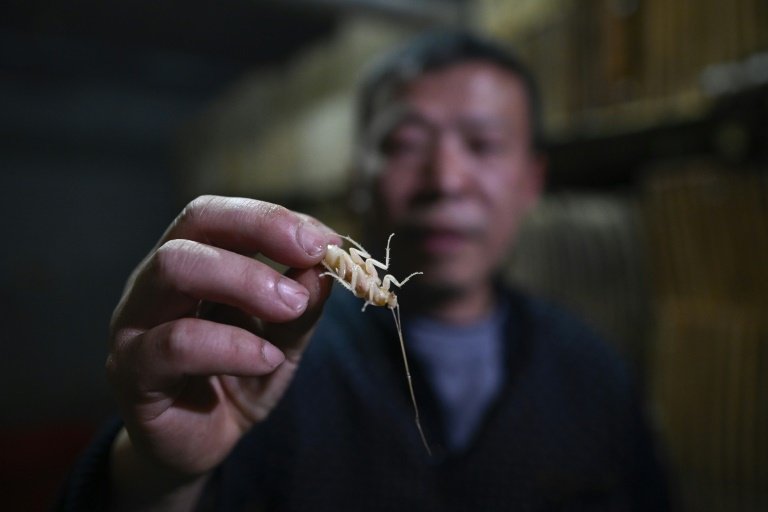 Cockroach farmer Li Bingcai breeds the insects in southwest China, and sells them to restaurants to be served up in local cuisine . AFP/WANG ZHAO

Scientists raised the alarm in February that up to 40% of insects face extinction in the next few decades.

In a “warning to humanity”, the negative consequences brought on by human activity that continued to threaten insects, and species that were co-dependent on them, were explained.

Panicked media reports around the world explained that some services provided by insects could not be replaced by people. But there was a problem with punting the impending doom of insects – we did not know enough about them to know just how bad things really were.

As such, insect population decline reports were dismissed.

While it cannot be denied that creepy crawlies are in trouble, and in some regions, whole extinctions have been observed, academics opposing the warning said we simply could not be sure of how bad the impending species decimation was.

In 2018, it was thought that there could be up to 5.5 million species of insects, but only one fifth of these are named. This was confirmed by entomology postgraduate student Agata Morelli, who presented a paper at the 2019 Oppenheimer Research Conference.

Morelli, who studied insects as biodiversity indicators in urban environments at the University of Pretoria with Professor Catherine Sole, said that in Africa, notably southern Africa, there was no scientific data that documented serious declines in entomofauna, due to the lack of long-term studies to assess trends observed around the world.

“In South Africa, we can only rely on anecdotal evidence. However, I believe that we can still apply measures to reduce our impact on insects,” Morelli said.

These measures included the general reduction in chemical pesticides and use of sustainable alternatives, creating refuges and microhabitats in our urban environments for insects to live in cities, and controlling the amount of pollution from agricultural, urban and industrial systems.