Last week, Stembiso Khoza and other employees defended the Fergusons Films after continuous allegations from other actors of ill-treatment and underpayment. 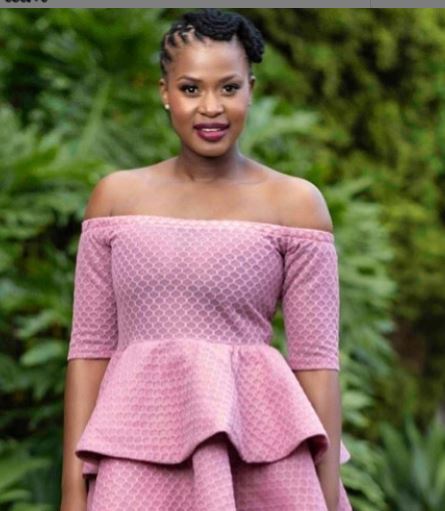 The Queen actress Zenande Mfenyana hinted late on Sunday evening that she is ready to speak up.

In several tweets that set off Twitter in a tale spin, Mfenyana who plays Goodness in the popular telenovela has been on maternity leave for about two months. It was unclear if she was going to speak out about what is happening on set of the show or about her pregnancy.

She tweeted: “Been silent for too long… makuniywe (be given) once!!”

She said that social media isn’t ready for the revelations.

Last week, Stembiso Khoza and other employees defended the Fergusons Films after continuous allegations from other actors of ill-treatment and underpayment.

An announcement was made in May that Shona Ferguson was leaving the beloved role of detective Jerry Maake and will now be the director of the show however some people still believed he was fired.

Twitter was all but ready for Mfenyana’s ‘tea’, with many wondering out loud if it was about the Fergusons or another issue.

If its abt the Fergusons im turning on notifications once pic.twitter.com/bKayGJYZRR

They fired you from the show because you was pregnant ? pic.twitter.com/zlxD2dxSrU

As Twitter speculated, Mfenyanya came out to say she was calmer and that basically she fooled everybody. As many Twitter users concluded that she was going to give information about or against the Fergusons.

The reaction of some users was disappointment.

Mxm yazini ne ???? I was ready for that tea nje pic.twitter.com/D2vF8PWrF3

So I stayed up all night for nothing. pic.twitter.com/wFlCHPRX10