He needed one extra hole to get the job done but Louis De Jager ensured that he lifted the Vodacom Origins of Golf presented by Samsung event at the Wild Coast Sun Country Club on Friday. 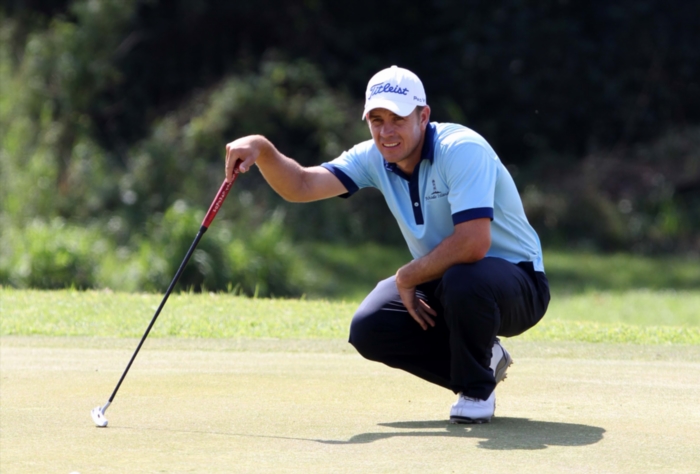 Louis de Jager during round 2 of the Vodacom Origins of Golf hosted by Samsung at Wild Coast Sun Country Club on September 04, 2014 at Port Edward, South Africa. (Photo by Petri Oeschger/Sunshine Tour/Gallo Images)

Heading into the final round of the 54-hole tournament on the Sunshine Tour, the eventual winner held a comfortable five stroke advantage and looked set for a comfortable wire-to-wire victory but charges on the final day by Jaco Ahlers and Haydn Porteous had other ideas.

Ahlers carded a final round 72 while Porteous signed for a three-under-par 67 to put the pressure on and De Jager wasn’t helped by the fact that he ended his tournament with a seven-over-par 77.

The permutation meant that all three players ended at two-under-par in regulation play and a play-off was required to decided the winner.

A par on the first play-off hole was enough for De Jager to hang on and claim the R95 100 winners cheque ahead of Ahlers and Porteous who shared second place.