Malema tells Maimane, Habib and Hanekom to stay out of his business

EFF leader says his meeting with Zuma is 'in the best interest of our country'. 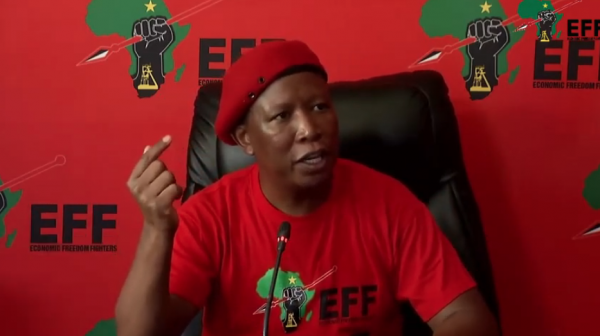 The two have dominated headlines this week as they meet in Nkandla on Friday for “tea”.

Malema took the initiative on Wednesday after the former president released a statement on Monday saying he would defy a Constitutional Court (ConCourt) ruling compelling him to appear before the Commission of Inquiry into State Capture.

Thobela Moshabi. I have seen your request to share a cup of tea. As you know, Nkandla village is home for me and that is where my time is spent these days. Tea I have plenty of, you are more than welcome to come over for a cup. https://t.co/7Okdw94WAH

Malema said his meeting with Zuma was “in the best interest of our country”.

But Habib and Hanekom did not seem to agree, while Maimane was surprised by the meeting and told Malema, who hit back at their opinions.

“The Devil’s Pact! There was a similar between Hitler and Stalin signed in 1939. I call it as I see it – an alliance of the corrupt, incompetent and violent from the ANC who use crude ‘apartheid’ notions of race to mobilise on real grievances of people so as to accumulate resources for their own personal purpose. I will continue to call this out – live with it,” said Habib.

But the EFF leader was not about to let Habib get away away with it.

“You will be strong; the pact happened at Mangaung when your favourite became his deputy, or you conveniently forgot about it because it is working for you,” he responded.

Hanekom expressed incredulity that Zuma had invited the EFF leader to his home, after the former president apparently called the former minister an “enemy agent” for meeting with the EFF in a bid to have him removed as president.

Is a meeting of black people, if you don’t mind,

Maimane weighed in with a meme of himself grimacing, which elicited a rebuke from Malema.