Redemption will be in the mind of Tommy Oosthuizen over the next few weeks as he prepares for a bout that provides a perfect opportunity to bounce back. 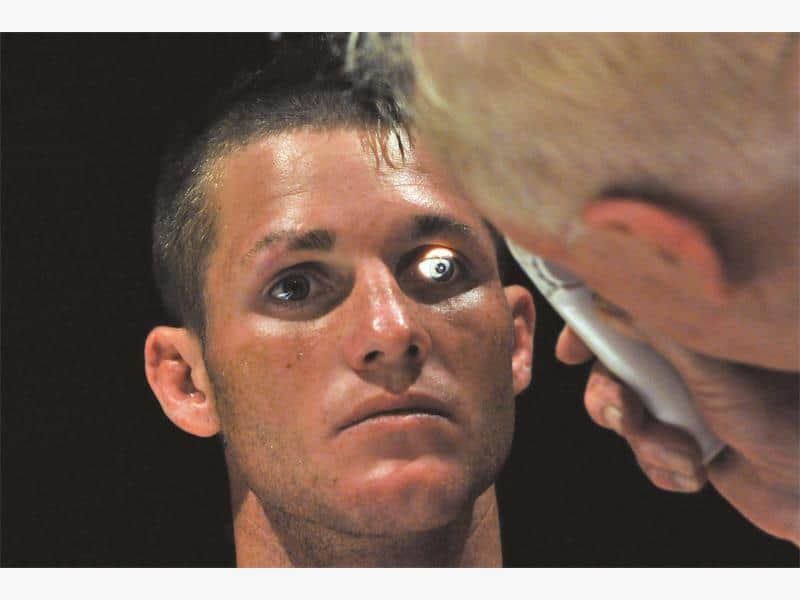 It was confirmed by Golden Gloves yesterday that “Tommy Gun” has penned a deal to fight Dmitry Sukhotsky on October 5 in Moscow in a bout that will be hugely significant given that it will form part of the undercard for the heavyweight bout between Wladimir Klitshcko and Alexander Povetkin. The contest will see the South African pack his IBO super-middleweight championship belt and travel to the Russian opponent’s backyard and while not ideal it’s a bout that could improve Oosthuizen’s credentials.

The Harold Volbrecht-trained fighter came under fire for a lackluster performance back in June when he was given an opportunity on American television network HBO and many felt that he was lucky to salvage a draw against Brandon Gonzalez, a result that meant he kept his unbeaten record intact – but only just.

The performance dented his chances of being showcased on the network in the near future and while he was criticised by not only fight fans, media and his connections the dust has settled and he has moved on.

“It’s a massive opportunity for Tommy,” publicist Brian Mitchell said yesterday when revealing the details of the bout. “We don’t know too much about the opponent but we’ve seen a little bit of him on YouTube,” he added.

“The important thing is that Tommy has a chance to show that what happened in the States is a thing of the past and of course being on the undercard of a Klitchsko isn’t a bad thing either,” he said but admitted that Oosthuizen will need to peak at the right time. He has to be at his best in Russia to get the result that we want but I think he learned from his last fight and will definitely have improved.”

Volbrecht is in agreement that the bout is a chance for Oosthuizen to move forward as he looks to successfully defend his title for a seventh time.