About 20 people were wounded in the powerful explosion outside the church in Makassar city on Sulawesi island while worshippers celebrated the start of Holy Week. 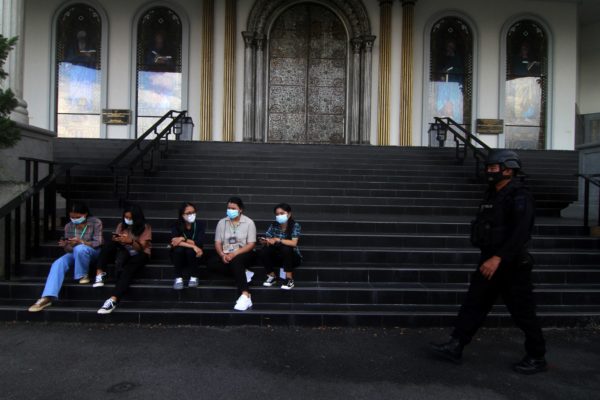 Police step up security at the cathedral in Pontianak on Borneo island on March 28, 2021, following the suicide bombing at a church in Makassar on Palm Sunday. (Photo by Andri Husen / AFP)

Two suicide bombers who blew themselves up at an Indonesian cathedral on Palm Sunday were newlyweds who belonged to a pro-Islamic State extremist group, police said on Monday, as they raided the couple’s home.

About 20 people were wounded in the powerful explosion outside the church in Makassar city on Sulawesi island while worshippers celebrated the start of Holy Week.

Both suspects were killed instantly when they rode a motorbike into the compound of the church, setting off an improvised explosive device known as a pressure-cooker bomb, police said.

On Monday, Indonesian authorities said the pair had been married for about six months and that the man was in his mid-twenties. They were identified only by their initials.

“The investigation is ongoing including looking at whether there were others involved,” National Police spokesman Argo Yuwono said.

Counter-terror units raided the couple’s home and other locations in Makassar, a port city of about 1.5 million, as well as in the capital Jakarta, as they searched for bombs, weapons and other evidence, police said.

A local resident said the male suspect was a street food seller who lived in a rented home near his parents’ residence.

“As a kid he was nice… But as he grew older he didn’t really socialise around here,” Nuraini, who like many Indonesians goes by one name, told AFP.

Police said the couple were members of Jamaah Ansharut Daulah (JAD), an extremist group blamed for a series of attacks, including the 2018 suicide bombings in Indonesia’s second-biggest city Surabaya.

On Monday, officials said 15 people remained in hospital, although the extent of their wounds remained unclear. Four had been discharged, they added.

It comes a week before Easter.

JAD was also implicated in a 2019 cathedral suicide bombing in the Philippines committed by a married Indonesian couple.

Indonesia, the world’s biggest Muslim majority nation, has long struggled with attacks by Islamist extremists, including the 2002 Bali bombings which killed more than 200, mostly foreign tourists.

WHO recommends alcohol tax hike in Europe to fight cancer
1 hour ago
1 hour ago
PREMIUM! 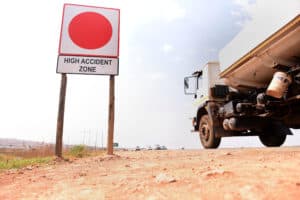 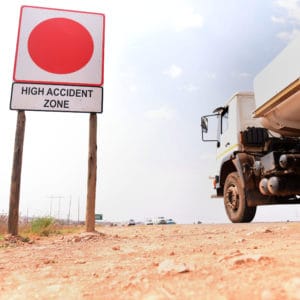 WHO recommends alcohol tax hike in Europe to fight cancer
1 hour ago
1 hour ago
PREMIUM!