The suspended secretary-general says he had written his letter suspending Ramaphosa from the ANC first, but the NEC simply beat him on delivering theirs. 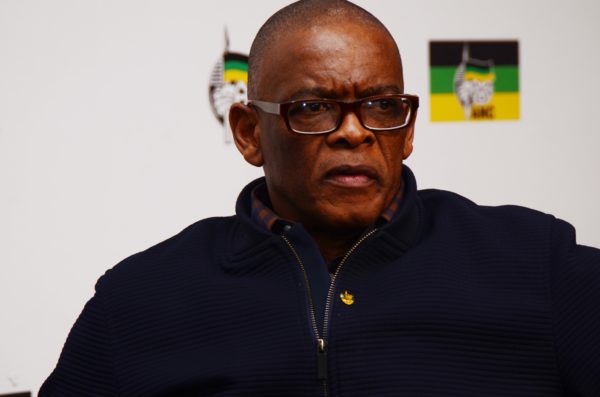 Suspended ANC secretary-general Ace Magashule on Friday morning filed papers before the Johannesburg high court to set aside his suspension from the governing party, and enforce his counter-suspension of President Cyril Ramaphosa from the ANC.

According to his 128-page application, Magashule wants the high court to declare the ANC’s step aside resolution unlawful, unconstitutional and invalid. He believes the resolution was adopted to specifically target him and says it undermines his constitutional rights to be presumed innocent until proven guilty by a court of law.

According to his court papers, the high court should declare the suspension letter from Duarte on 5 May 2021 unlawful. He also wants his counter-suspension of Ramaphosa to be declared valid and effective until it is lawfully nullified.

Magashule wrote a letter ordering Ramaphosa to step down as president over allegations of vote buying during his CR17 ANC presidential campaign in 2017.

Magashule is being represented by advocate Dali Mpofu and wants his application to be heard on an urgent basis on 1 June 2021. The first respondent in the case is ANC president Cyril Ramaphosa and the second respondent is ANC deputy secretary-general Jessie Duarte.

Magashule was suspended last week after he failed to comply with the 30-day period given for him to voluntarily step down from his post. This is due to his charges of fraud and corruption in the Free State in connection with a R255 million asbestos project while he was the province’s premier.

The ANC’s highest decision-making body in between conferences, the national executive committee (NEC), said Magashule had no authority or mandate from the party’s structures to write the letter suspending Ramaphosa. He was ordered to apologise before the end of this week or face further internal disciplinary action.

It is clear Magashule will not apologise to the ANC and to South Africa as instructed. In his court papers, he wants the high court to declare the NEC instruction for him to apologise “unlawful and unenforceable”.

Magashule also wants the court to impose any “alternative, appropriate, just and/or equitable relief and remedies” as well as order “any respondent who opposes this application to pay the costs” of his case.

Further, Magashule’s legal team wants the respondents to notify them in writing before 2pm on Friday whether they will oppose their client’s application.

The step aside resolution, which emanates from the ANC’s 2017 Nasrec national conference, was formally adopted in March by the NEC in a bid to clean up the ANC’s public image.

READ NEXT: Hmmm … Ace Magashule’s little chess picture made the game all too clear

'Health apartheid slap in the face': Africa needs respect and vaccine equity
1 hour ago
1 hour ago

'Health apartheid slap in the face': Africa needs respect and vaccine equity
1 hour ago
1 hour ago