Some uncomfortable historical lessons from Vorster to Ramaphosa

Much of Ramaphosa's testimony was the relentless exoneration of himself, his ministers and his party. 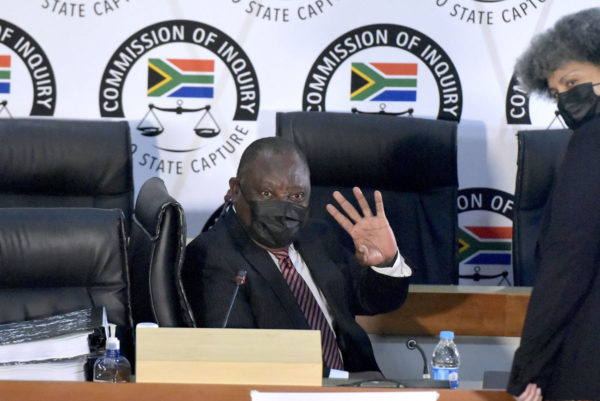 No one can credibly take issue with President Cyril Ramaphosa’s opening statement to the state capture hearing that corruption is not a new phenomenon in SA. Or that the apartheid system was at its core “morally and systemically corrupt”.

And that there was also “a prevailing culture of corruption in the apartheid state, state-owned enterprises, private business establishment and Bantustan administrations”. Nor, we can all agree with Ramaphosa, is corruption unique to the ANC.

But then Ramaphosa launches on what is proving to be the leitmotif of his testimony. The crux of his defence of the ANC — he appeared as party leader, not the nation’s president — is that it was a momentary aberration.

The party recognises, Ramaphosa reassures us, that some in the ANC were “advertently and inadvertently complicit in corrupt actions”, but this did not mean “the ANC is itself corrupt or uniquely affected by corruption”.

What rubbish. If the testimony shows anything so far, it is that the ANC is corrupt to its core. Almost every facet of its organisation, from the deployment of cadres to the studious indifference to best managerial practice, is structured to enable looting.

While it is true that the National Party placed its cadres in the top positions of most SOEs, it differed from the ANC in its goals. The Nat’s primary objective was not to loot but to have SOEs that delivered substantial developmental advantages to SA. In this, they succeeded.

Much of Ramaphosa’s testimony was the relentless exoneration of himself, his ministers and his party. Yes, sometimes bad things happened but no one’s to blame.

As Ramaphosa earnestly explained, cadre deployment was an admirable tool of government that conceivably, when carelessly applied, might cause a nick or two in the user. When quizzed by Zondo on facilities management company Bosasa funding ANC election activities, Ramaphosa glossed over the problem as just “one of those anomalous events”.

Zondo asked why so many SOEs were in such a poor state. Ramaphosa initially laid vague blame on “massive system failure”, to which the question came whether Ramaphosa should not take responsibility for this.

“That is a fair proposition,” Ramaphosa conceded magnanimously. “Some of the [failure] may have been inadvertent, and some may have been purposeful … We acknowledge that some of these things did happen. Yes, things went horribly wrong, but we are here to correct that. We do that with humility and our heads bowed.”

Zondo was not to be fobbed off: “It is quite important to acknowledge this but I would like you to identify the actual areas as a party where you did something you shouldn’t have.”

Ramaphosa undertook to do so, but not immediately. He would do so at the end of his evidence — in other words not while testifying as head of the party, but as head of state.

This encapsulates neatly one of the most dangerous aspects of ANC governance. Ramaphosa is saying, in essence, that he has two answers to any question: the party leader’s answer and the leader of the nation’s answer.

Interestingly, in 1979 a commission of inquiry concluded that then newly inaugurated state president John Vorster had known all about the corruption involved in the so-called Muldergate Scandal. Vorster resigned in disgrace.

There are some uncomfortable historical lessons here. The deployed Nat cadres appeared to have been less venal, more disciplined and capable than their latter-day ANC counterparts. Also the Nat party leadership, when it came to revelations of corruption, were more readily shamed than is the ANC.

But Ramaphosa will be spared a deservedly similar fate to Vorster. Any ANC successor one cares to contemplate would be a thousandfold worse than him.

For now, as a result of the Jacob Zuma inoculation, Ramaphosa has immunity.