Civil society group says the JSC allowed 'irrelevant, political' questions to be asked, while some judges were 'ambushed' in their interviews. 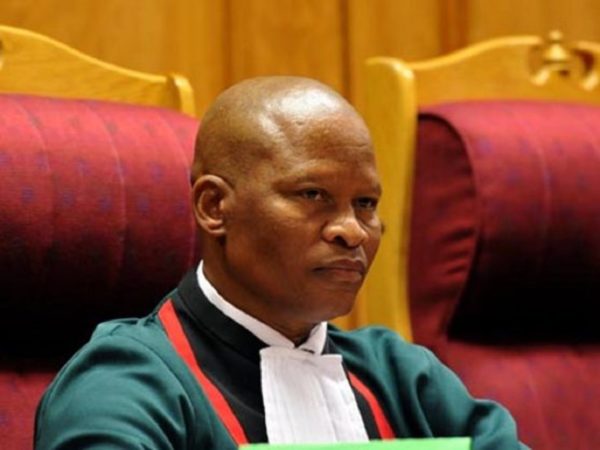 The Council for the Advancement of the South African Constitution (Casac) has accused members of the Judicial Services Commission (JSC) of “attacking” aspirant Constitutional Court justices during the controversial April interviews.

This as part of a high court bid by the civil society group to have the process start afresh. Casac wants the Constitutional Court interviews declared unlawful and the shortlist of candidates the JSC has since recommended President Cyril Ramaphosa appoint set aside.

The council lodged an urgent application in the South Gauteng High Court in Johannesburg on Thursday. In the accompanying affidavit executive secretary Lawson Naidoo argued the JSC commissioners “did not approach their task with an open mind”.

The interviews. which saw eight hopefuls vying for two spots on the bench of the country’s highest court, have faced criticism at the nature of some of the questions posed to some of the candidates.

“A coordinated attack was levelled against candidates based on spurious grounds, like their distant friendship with ministers, their brief membership of civil society organisations like the Jewish Board of Deputies and their ‘temperament’,” Naidoo said in the papers.

He argued the JSC hadn’t screened questions from members of the public and that it had allowed “irrelevant, political” questions to be asked.

He pointed to KwaZulu-Natal High Court Judge Dhaya Pillay – who is also currently acting in the Constitutional Court – specifically.

During her interview, Pillay, who was ultimately not recommended for appointment, was questioned about her friendship with Public Enterprises Minister Pravin Gordhan. Naidoo criticised the chief justice himself for a line of questioning he had taken.

Chief Justice Mogoeng Mogoeng brought up a meeting with Gordhan in 2016 at which the minister had asked the chief justice how Pillay had done in a previous round of JSC interviews. Pillay in her response said she knew nothing about it and the chief justice accepted this.

Naidoo argued the question should never have been put to her in the first place and the process had to be fair.

“At the very least it means that if a commissioner intends to raise a particular issue or allegation against a candidate, the candidate must be given prior notice of it,” Naidoo said.

In Pillay’s case, he argued she had been “ambushed” and that “putting such a speculative and damaging question, whether intended or not, was calculated to damage her prospects, as it no doubt must have”.

Naidoo also honed in on Judge David Unterhalter’s interview, also unsuccessful, during which he was questioned about his previous affiliations with the South African Board of Jewish Deputies (SAJBD) and about the Israel-Palestine conflict, as well as on Judge Fayeeza Kathree-Setiloane’s successful interview in which she was asked about her “temperament”.

Of the former, Naidoo argued questions about the Israel-Palestine conflict did not test a judge’s fitness for office.

“And that is because, as a political question, there is no one answer to it,” he said, adding this line of questioning was “irrelevant and unfair”.

“The JSC interviews must be the only ones in which basically a job interviewee, instead of being asked questions, is bullied and attacked,” Naidoo charged.

He argued it was the role of the chief justice in particular “to protect candidates, to maintain decorum and dignity in the proceedings and to prevent harassment of candidates by politicians”.

“Everyone, not just judges, deserves that protection. Something is seriously amiss, however, if even judges are not protected from harassment by politicians, special interests or disgruntled litigants,” he said.

The JSC had not responded to a request for comment at the time of publishing.

Mogoeng did his job well, without fear or favour
4 days ago
4 days ago

Mogoeng did his job well, without fear or favour
4 days ago
4 days ago