How a viral video became a voice for postpartum depression

A mom took to TikTok to share her struggles with postpartum depression, and the video has gone viral. 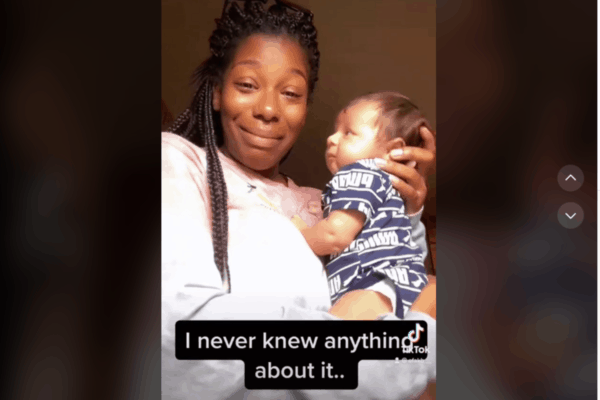 Glasgow mom of three Juanna Witty has become the latest face of a condition that affects 1 in 10 women; postpartum depression.

A month after the birth of her third baby, Witty started to “cry for no reason” and felt like her children did not deserve her. She was later diagnosed with postpartum depression and took to Instagram to plead for support.

According to the Centres for Disease Control and Prevention (CDC), the major symptoms of postpartum depression include:

“I could really use some friends,” teary Witty pleaded in her video with her newborn in tow.

Her overwhelming sense of loneliness soon turned into overwhelming support with women across the world volunteering to be her support sister. The video has over 3 million views and landed her some interviews on national television.

ABC News reported that Witty has now received help from an NPO that offered her 30 days of free counselling.

According to The National Centre for Biotechnology Information (NCBI), “varying rates of postpartum depressive symptoms reported by women from racial and ethnic minority groups may reflect differences in cultural expectations and perceptions of both motherhood and mental health.”

For generations, mental health has taken a backseat for a group that has been expected to be the “strong black woman.”

The strong and black woman narrative has led to pregnant and new mothers getting inferior treatment in labour wards, delayed diagnosis and treatment for mental health issues.

A 2011 NCBI study of 29,601 women indicated that “suboptimal treatment was prevalent among all low-income women” when it came to postpartum diagnosis and treatment.

According to NCBI, “Untreated postpartum depression can have severe impacts on the health and well-being of the affected woman and her family, including long-term consequences for the cognitive, emotional, and behavioural development of her child.”

More work is being done in society on raising more awareness on maternal mental health, and offering more resources to screen and treat women for postpartum depression.

This, however, is a struggle for women being serviced by our public healthcare system. Pregnant mothers see a healthcare provider for a few minutes during the pre and post-natal checkups. Attention is given to the physical health of the mother and baby, and not so much to mental health.

ALSO SEE: How to spot depression during pregnancy

Healthcare providers do not have sufficient time or interest in asking probing questions about how women are feeling, or women do not have the vocabulary to express their feelings.

More work still needs to be done in raising awareness for postpartum depression, offering women the treatment and support they need.

Jolidee Matongo's wife: This is a bitter pill to swallow
3 days ago
3 days ago

Jolidee Matongo's wife: This is a bitter pill to swallow
3 days ago
3 days ago