The LPC committee has reportedly found that there was a basis to formally investigate Dali Mpofu for unprofessional conduct. 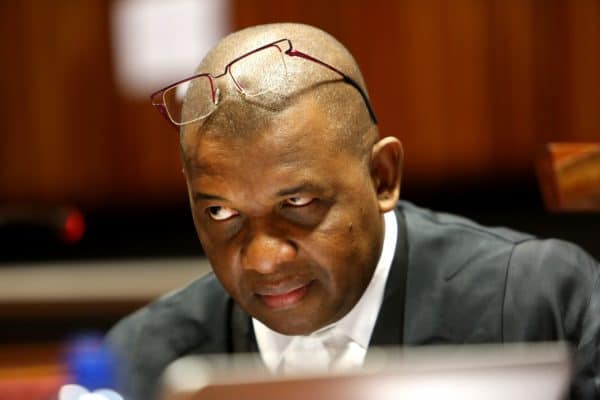 A committee of the Legal Practice Council (LPC) has reportedly slammed advocate Dali Mpofu for his “shut up” outburst at the Commission of the Inquiry into Allegations of State Capture earlier this year, and ordered that he be charged for unprofessional conduct.

The incident relates to the cross-examination of Public Enterprises Minister Pravin Gordhan in March, in which Mpofu – acting on behalf of former South African Revenue Services commissioner  Tom Moyane – told advocate Michelle le Roux to “shut up” during a heated exchange over her questioning of the minister. Le Roux was representing Gordhan during the commission’s proceedings.

According to a News24 report, the LPC’s committee criticised Mpofu for his “contemptuous treatment” of acting chief justice and chair of the state capture commission, Raymond Zondo. The committee also dismissed Mpofu’s complaints against Le Roux.

Mpofu had reportedly demanded that Le Roux be investigated for, among other things, her condescending attitude towards him which he said he “perceived as racist”. But the LPC committee found no evidence to back up his claims against Le Roux.

Added to that, the LPC committee was also unconvinced by Mpofu’s complaint of unprofessional conduct against the chairperson of the General Council of the Bar, Craig Watt-Pringle, for allegedly siding with Le Roux in certain media interviews over the shut up outburst at the commission.

The committee found that Watt-Pringle “did not cross a line and that his comment was fair” in the media interviews.

The LPC committee reportedly found that there was a basis to formally investigate Mpofu for unprofessional conduct for repeatedly ignoring requests and instructions given by Zondo during his stand-off with Le Roux.

During the incident, Zondo had repeatedly asked Mpofu to sit down while he listened to Le Roux’s explanation for asking Gordhan about how he felt about being labelled a racist.

It appears this was the question that irked Mpofu and led to the confrontation between him and Le Roux.

Zondo subsequently publicly condemned Mpofu’s for his conduct at the commission, saying it was unacceptable and he had no “right to begin to tell any other person in this commission to shut up…”

The LPC committee recommended that Mpofu should be charged with unprofessional conduct for allegedly failing to show civility and respect for judicial officers after he took to Twitter after Zondo condemned his conduct.

“What aggravated the situation is the contemptuous conduct towards Judge Zondo, which we considered in relation to advocate Mpofu’s Twitter feed. Advocate Mpofu refused to accept that rebuke from Judge Zondo. In our view, nothing justified telling a witness or a colleague to shut up, whether directly or indirectly,” News24 quoted the committee’s report as stating.

NOW READ: These are the three ‘crimes’ Gordhan is guilty of, Mpofu tells Zondo