Earlier on Monday, it was announced that Tutu's funeral would take place at the St George’s Cathedral in Cape Town on Saturday, 1 January 2022. 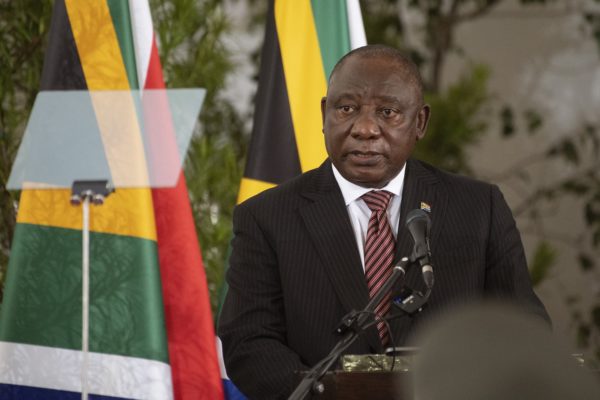 President Cyril Ramaphosa on Monday visited the home of late Archbishop Desmond Tutu in Cape Town, to pay his respects to “The Arch’s” family and widow, Leah.

Speaking outside the Tutu family home, Ramaphosa – who on Sunday declared period of mourning for Tutu during which the national flag would fly at half-mast at all flag stations countrywide and at South African diplomatic missions abroad – said the occasion was sad but also a “moment of celebration”.

“…Celebrating a life well-led, a life that is so gigantic, which straddles many epochs in the life of our country, where the archbishop led many of our people in the struggle against apartheid and when apartheid was defeated, [he] also led the process of reconciliation,” Ramaphosa said, flanked by – among others – Minister in Presidency Mondli Gungubele and Dr Mamphela Ramphele, a friend of the Tutu family.

During a special address on Sunday evening, Ramaphosa heaped praise on the late struggle stalwart.

“In this season of cheer and goodwill, at a time when many people are celebrating with family and friends, we have lost one of the most courageous and beloved among us,” said Ramaphosa in his address.

“Archbishop Emeritus Desmond Tutu was one of our nation’s finest patriots. He was a man of unwavering courage, of principled conviction, and whose life was spent in the service of others. He embodied the essence of our humanity.”

Earlier on Monday, it was announced that Tutu’s funeral would take place at the St George’s Cathedral in Cape Town on Saturday, 1 January 2022.

Speaking at the press conference, the Dean of the Cathedral Michael Weeder said Tutu’s ashes would be interred at the mausoleum at the cathedral, in a designated spot.