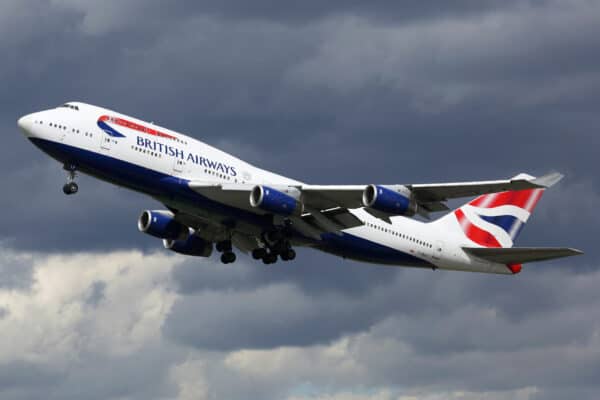 A British Airways Boeing 747 taking off from London Heathrow Airport in the UK. Picture: iStock

Public Protector Busisiwe Mkhwebane’s suspension from her office has raised some eyebrows from the opposition.

On Thursday, the Presidency confirmed that Mkhwebane has been suspended with immediate effect.

Mkhwebane, the Presidency said, will remain suspended until her impeachment process, which is being handled by Parliament’s Ad Hoc Committee on the Section 194 Inquiry, has been completed.

The suspension came after the Public Protector submitted her reasons on the matter to the President Cyril Ramaphosa on 27 May.

President Cyril Ramaphosa has called on MPs to put South Africans first as they perform their duties, saying the “greatest disservice” parliamentarians can do is to become distracted from addressing the country’s pressing socio-economic challenges.

“The people of our country must come first in everything that we do.

“And the greatest disservice we can do to our people, at this difficult time in the life of our nation, is to become distracted from the task that is at hand. The challenges that we face as a country are many,” Ramaphosa said.

No national shutdown: Taxis won’t allow anyone to ‘get in the way’ of doing business

The National Taxi Alliance (NTA) says it will be business as usual on Friday, despite reports of a planned national shutdown over high fuel prices.

There have been a number of messages and posters circulating on social media platforms, particularly on WhatsApp, calling for a national shutdown.

These messages have caused panic among many South Africans who have opted to stay at home for fear of becoming targets during the so-called shutdown.

Minister in the Presidency Mondli Gungubele says there’s “no guarantee” that the Guptas will be extradited to South Africa to stand trial on corruption and state capture allegations.

“We don’t have that guarantee but [in] the relationship that occurs between us and the United Arab Emirates; one expects something better… I would be surprised if it does not lead to them coming here at all,” Gungubele said.

The minister was speaking on Thursday during a media briefing in Cape Town on the outcomes of Wednesday’s Cabinet meeting.

The head of AfriForum’s Private Prosecutions unit Advocate Gerrie Nel has told The Citizen the current proceedings in the Senzo Meyiwa trial are a complete embarrassment.

Nel’s comments come after the matter was postponed on Wednesday, following the legal representative for accused number 5, Zandile Mshololo, only being handed a contentious second docket implicating another set of suspects earlier in the morning.

That docket has the people who were in the house when Meyiwa was killed listed as the accused. They include Meyiwa’s girlfriend Kelly Khumalo, her mother Gladness, her sister Zandile, and Longwe Twala.

Ramaphosa took Cabinet into his confidence on robbery at his farm, says Gungubele

President Cyril Ramaphosa has taken Cabinet into confidence on the alleged theft of $4 million (about R61 million) in cash at his game farm in Limpopo.

That’s according to the Minister in the Presidency Mondli Gungubele, who says the president on Wednesday briefed his Cabinet ministers on the criminal complaint lodged against him last week by former spy boss Arthur Fraser.

“The president took the Cabinet into his confidence on the matter, it’s important to actually state that,” Gungubele said.

Comair has been grounded for good after its business rescue practitioners (BRPs) could not raise the necessary funding to continue with operations.

Comair, which operates Kulula.com and British Airways, suspended flights from 1 June until further notice as its BRPs tried to secure further funding.

The BRPs, in a notice published on Thursday, told creditors there was no reasonable prospect the company could be rescued.

The television personality took to social media on Tuesday evening to post a promo video of the new season of Uyajola 99 which is currently still in the production phase. In the caption of the post he announced that he will once again be hosting the reality television show.

Morocco knocked and knocked and eventually charged through Bafana Bafana’s defences on Thursday, coming from behind to win 2-1 in their opening Group K Africa Cup of Nations qualifier in Rabat.

Hugo Broos’ side took an early lead through Lyle Foster, but Morocco then showed their superiority, as they frequently scythed through an inexperienced South African side with ease.

Bafana captain Ronwen Williams was heroic, making several brilliant saves, but could do nothing to stop Youssef En-Nesyri’s effort five minutes into the second half.