The last time Johnny Muller, right, and Tshepang Mohale laced up to face each other, leather flew in a fight that saw both try and land the goodnight shot and end it early. 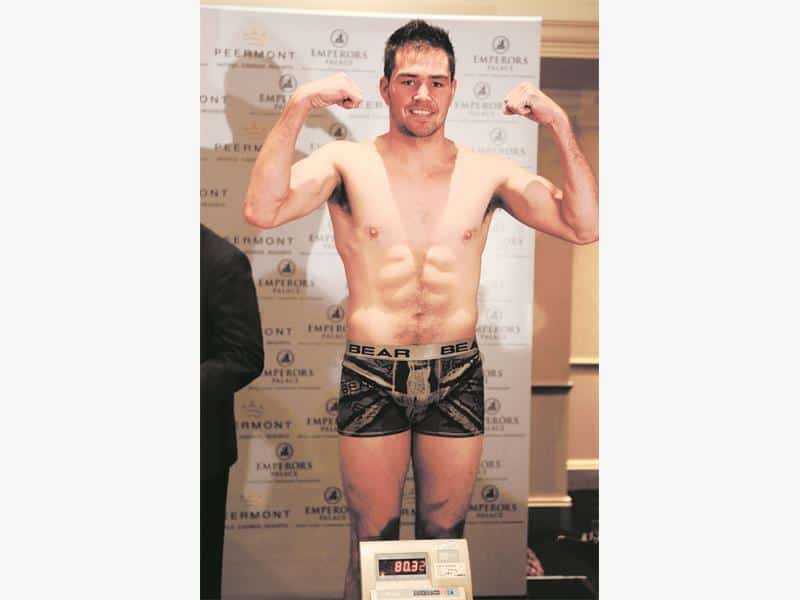 The victor on that occasion was Mohale who claimed the South African light-heavyweight title after putting “The Hurricane” on the canvas twice in the third round.

But that was in 2011 and a lot has changed as the two prepare to collide once again in a rematch on the undercard of the “Triple Thunder” bill at Emperors Palace on Saturday night.

Muller has gone through a rebuilding phase since the loss that dented his credentials, but he’s made the necessary improvement, and more importantly, matured as a student of the pugilistic art.

In their previous meeting, inexperience cost the 22-year-old as he rushed into exchanges instead of taking his time to pick his opponent apart, which played into Mohale’s hands. Since then Muller has been more calculated and patient which is a sign that he’s made the necessary progress.

“I want that title. I need it back. I’ve trained hard and I want my title back,” said Muller, who has won four of his last six fights since the loss to Mohale. “I think Johnny is maturing. He’s picking up experience and is looking good in the gym and is in good shape. We’re expecting a good fight,” said his trainer, Harold Volbrecht, adding his thoughts ahead of the rematch.

Mohale on the other hand, has found himself on the losing end of three of his last four fights since claiming the crown, and although none of them were in challenges for his national title, they were all nights that were cut short.

In fact Mohale nearly lost his belt due to administrative bungling having failed to renew his boxing licence before this fight was put together. But the 34-year-old is eager to get his career back to winning ways and may have found a new lease on life as a professional having switched allegiances to Warren Hulley, who has been his manager and trainer for the last few months.

“Tshepang is executing with extreme prejudice in both hands,” Hulley said. “It’s not so much in what Johnny is doing it’s in what Tshepang does on the night and therein lies the key to victory.”