Home is where Charl is happiest

Generally speaking, sport is considered a great leveller. The emotional rollercoaster offers some of the greatest of highs, but it's the lows that test the resolve. 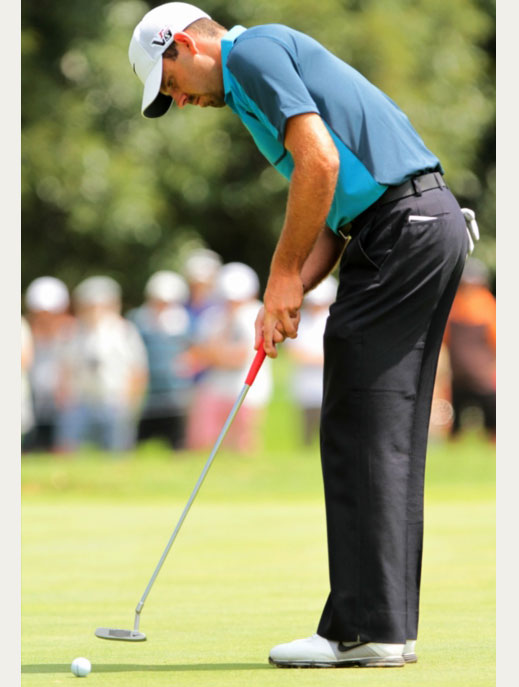 Last year proved to be a relatively difficult one for Charl Schwartzel with injury affecting a large part of 2012 but there’s been a massive turnaround for the world’s 18th-ranked golfer.

Fresh off a win at the China Masters last week, Schwartzel took time from his touring schedule to make an appearance at the launch of this year’s South African Open Championship, taking place at Glendower from November 21 to 24, the 2011 Masters winner reflected on his current run of good form.

“I’ve played so much golf that you sort of play yourself into form,” Schwartzel said. “Build a lot of confidence. My putting improved. You go a long way to beat good putting. You can hit a ball very average, but putt well and you finish high on the leaderboard.

Schwartzel admitted that a shoulder niggle kept him out of this weekend’s HSBC Champions event in Shanghai, but he reassured that it was more of a precaution than anything else.

“Last year I had a bad injury with my intercostal muscles and my back. I withdrew from the HSBC this week because I had a bit of a niggle in my shoulder,” he said.

“I felt like it was over-golfed and needed to give it a bit of a rest. It’s feeling great now.” he said.

A busy schedule in 2013 meant that the 29-year-old has spent a lot of time away from home but he is looking forward to playing on local courses over the next few weeks with a defence of his Alfred Dunhill Championship at Leopard Creek also on the cards.

“I love playing back in SA. We play most of the year worldwide and to have those events that we play here is fantastic. “To hear your name shouted out by local people, you can feel the people are behind you and that’s fantastic.

“If you get the people behind you and shouting for you it really gets you going and that could be the difference between winning and losing.”