President Cyril Ramaphosa has addressed the nation on Covid-19 interventions. 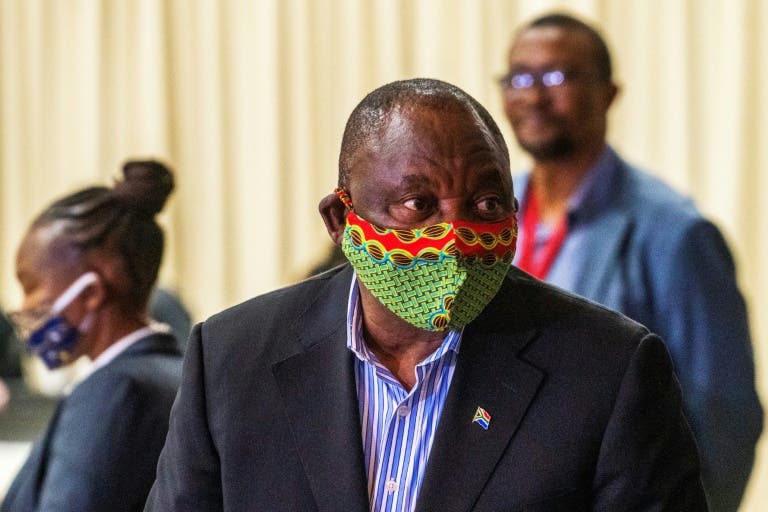 President Cyril Ramaphosa addressed the nation on Sunday evening and his message was clear: It is up to everyone to collectively fight the spread of the coronavirus.

To conserve hospital capacity and to ensure there are enough beds available it has been decided that the sale of alcohol and its distribution, will be suspended immediately.

There is also a new curfew from Monday in pace between 9pm and 4am, except for emergencies.

“There is now clear evidence that the resumption of alcohol sales has resulted in substantial pressure being put on hospitals, including trauma and ICU units, due to motor vehicle accidents, violence and related trauma.”

The President reiterated that social gatherings will remain prohibited and that the state of disaster has been extended until 15 August 2020.

“The surge has arrived… The storm is upon us,” he said, adding that for more than 120 days the country has succeeded to delay the spread of a virus “that is causing devastation in many countries”.

He added that Cabinet and the National Coronavirus Command Council (NCCC) have considered returning the country to a higher alert level in light of increasing infections.

However, this would not achieve a significant reduction in infections at this stage and would do more harm than good.

Cabinet, after deliberating the on advice given by the NCCC, has decided that at this stage, the country will remain at alert level three.

According to current projections, the President said, different provinces will reach peaks at different times, ranging from late July to late September.

Current measures in place will be strengthened and the wearing of masks is non-negotiable going forward.

Ramaphosa said that while the country had an official infection rate of over 250,000 confirmed cases, many more infections have gone undetected.

At this stage, with more than 12,000 new confirmed cases each day, 500 new infections were occurring every hour of the day.

He also expressed his sadness for the Covid-19 deaths so far, nearing 4,000, and highlighted the fact that a quarter of the deaths occurred in the last week alone and including many leaders and dignitaries.

“While the surge in infections has been expected,” the speed and severity has been a shock to many.

“Gauteng is fast approaching 100,000 confirmed cases. The Eastern Cape has passed 50,000 cases,” he said, adding that the Western Cape was also severely affected as it approaches 80,000 cases.

Ramaphosa said the low number of deaths – compared to initial projections – is due to interventions put in place in the health system and work carried out by health professionals.

“The measures we have taken are not perfect,” but the real test is the number of lives saved, he added.

He also once again emphasised the fact the people must take personal responsibility and that regulations have been put in place in order to save lives.

At the same time, Ramaphosa said, while the disease is caused by a virus , it is spread by human behaviour and we must conduct ourselves accordingly.

“We are not helpless in the face of this storm.”

Current projections indicate South Africa will see between 40,000 and 50,000 Covid-19 related deaths before the end of the year.

We must prove these projections wrong through our own actions, the President said, adding that a vaccine does not exist at this point in time and that South Africa is part of this global effort.

The President also spoke to the strain the virus’ spread has been putting on healthcare facilities across the country. This means that the strategies in place to fight the infection need to be reviewed and strengthened, hence the new alcohol sales ban.

“But it is not only the health system that needs to be strengthened” and society as a whole needs to be mobilised at all levels, including labour, business and grass roots organisations.

Contact tracing and isolation remains a key aspect in fighting further infections and the target for test results is now 48 hours.