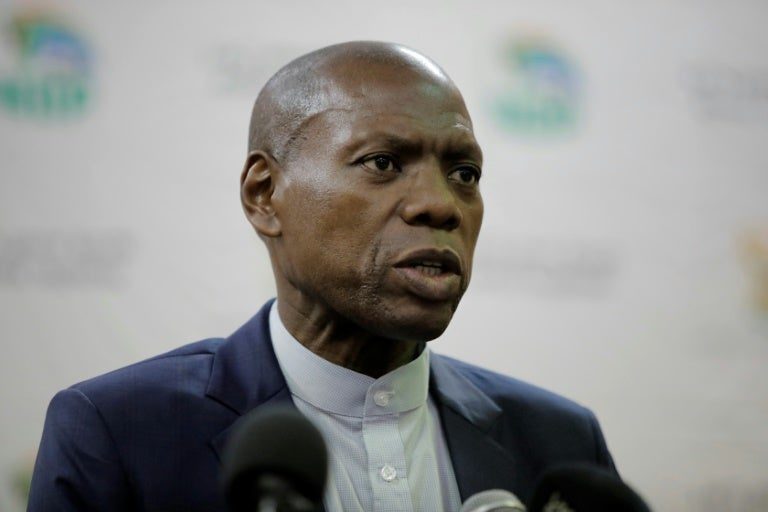 As of today, South Africa has recorded a total of 521,318 Covid-19 cases, Health Minister Zweli Mkhize has announced.

The country has also recorded 345 new Covid-19 related deaths: 43 from Eastern Cape, 116 from Gauteng, 89 from KwaZulu Natal, 97 from Western Cape. This brings the cumulative number of deaths to 8,884.

“We convey our condolences to the loved ones of the departed and thank the health care workers who treated the deceased. The number of recoveries currently stands at 363,751 which translates to a recovery rate of 69,8%,” said Mkhize.

The Eastern Cape government has sanctioned research focusing on how 71,420 people who tested positive for Covid-19 managed to recover from the virus, most without any hospital support.

Eastern Cape Premier Oscar Mabuyane on Tuesday said he had instructed medical teams to do research with the purpose of finding a solution as the virus entered the expected peak period.

Mabuyane said he believed the recoveries held the key in the battle against the Covid-19 virus which had claimed 1,832 in his province.

“We have instructed our teams to ascertain how more than 70,000 people who were infected with the virus defeated it without being hospitalised. This is crucial information we must have at our disposal going into the peak months of this virus.”

Mabuyane was speaking in Port Elizabeth on Tuesday during a visit at hospitals to ascertain their response to the virus. He visited Livingstone, Uitenhage and Dora Nginza hospitals, as well as the Dr Chabula Nxieni field hospital.

“In essence, this means in the Eastern Cape province we are currently dealing with just over 6 465 active cases now and the majority of these cases are in Nelson Mandela Bay and Buffalo City Metro. Our teams are working around the clock attending to these cases,” said Mabuyane.

Mabuyane said there was a glimmer of hope.

“For instance, the surge in the number of recoveries is at 89.6% from 52 % on the 1st of July. All districts in the province have a recovery rate that is above 80%”.

He said the Provincial Disaster Operations Centre was analysing this data, supported by the health modelling consortium, to make insightful conclusions on the emerging trends and patterns, including its implications.

“The second positive trend that gives us another glimmer of hope is the decrease in the number of new cases per day which is less than 1 000. The reduction was observed in all districts in the province”.

The premier announced that there were disturbing levels of social distancing fatigue, particularly in the Nelson Mandela metro.

He said this was demonstrated by people socialising during the pandemic.

“That is why this metro is an epicentre of the province. We commend the leadership of the metro for quickly setting up multi-stakeholder ward-based command councils in the hotspot wards, particularly in KwaNobuhle and Motherwell. These structures are critical in giving communities the responsibility to stop the spread of the virus and to promote behavioural change in their own settings.”

Below is the provincial breakdown: 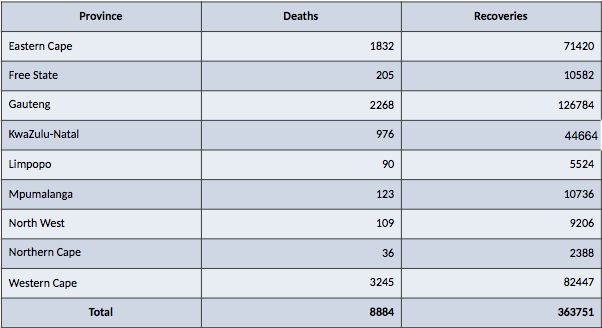