Malema has called for the fast-tracking of regulation of traditional medicine by the SAHRA, saying 'we must not depend on western pharmaceuticals alone'. 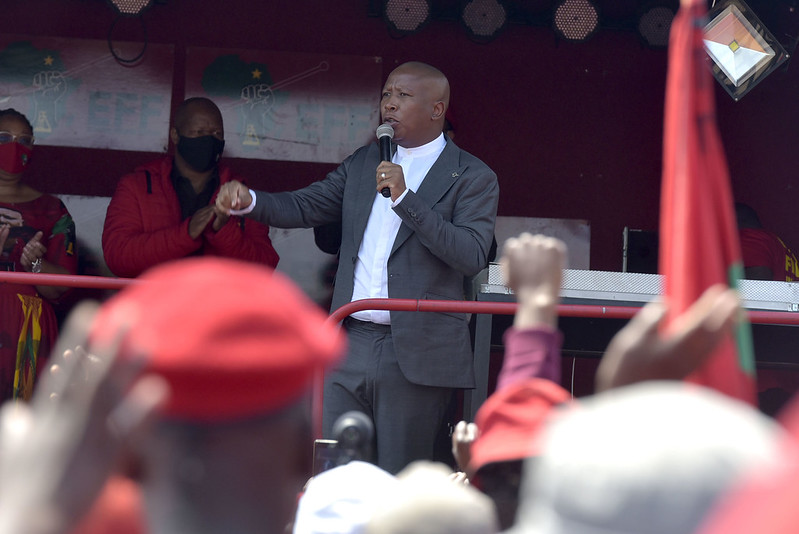 Malema’s utterances come after Chief Justice Mogoeng Mogoeng’s closing prayer at Tembisa Provincial Tertiary Hospital in December, in which he prayed against the “vaccines of the devil”.

“If there be any vaccine that is of the devil, meant to infuse 666 in the lives of people, meant to corrupt their DNA any such vaccine, Lord God Almighty, let it be destroyed by fire,” Mogoeng said at the time.

” …vaccine meant to infuse 666 into the DNA of people….”#MogoengMogoeng pic.twitter.com/EymXacNG9A

In defence, a defiant Mogoeng said he would not stop praying.

During the party’s virtual press conference on Thursday, Malema slammed conspiracy theorists and questioned why they had been taking western medicine for years without fear of depopulation.

“Vaccinations have played an important role in eradicating viruses in the history of humanity. Polio and malaria [sic] have cause havoc in societies and it was through vaccines that human lives have been spared from death. Vaccines are a necessary and inevitable intervention in defeating Covid-19.

“We condemn all unscientific and nonsensical conspiracy theories that seek to suggest vaccines are part of an agenda for population control.

“Religious extremism and self-centred conspiracies of people who pretend to be intellectuals with fake stories must be undermined wherever they rear their ugly heads. It is not only unscientific but illogical as a majority of the population consumes various forms of western medicine without any fear of a depopulation agenda,” said Malema.

He called on South Africans to voluntarily take the vaccine to curb the spread of the virus.

He also called for the fast-tracking of regulation by the South African Heritage Resources Agency (SAHRA) to give specification and accreditation to traditional medicines.

“Traditional medicine has been shown to be helpful in dealing with the symptoms of Covid-19 and development in this regard must be prioritised.

“We must not depend on western pharmaceuticals alone,” he said