SA ‘quite prepared’ as first batch of vaccines lands

The vaccines first have to go through strict quality assurance and stock control over a period of 10 to 14 days, before being distributed in the nine provinces. 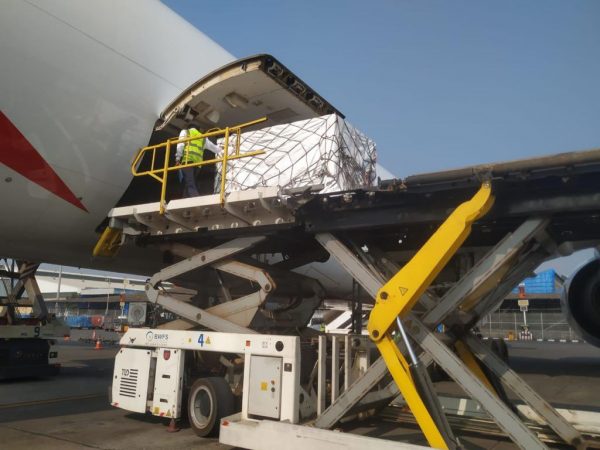 With government on Monday receiving South Africa’s first shipment of one million doses of the Oxford University-AstraZeneca vaccine from the Serum Institute of India, the department of health has assured the country of its storage, security and rollout preparedness.

In terms of the first batch, with the second 500,000 doses arriving later this month, government has assured that health workers, who included nurses and doctors, would be the first in line.

Describing the Indian shipment as “a milestone, which highlighted the solid relations and deep friendship that exist between South Africa and India”, the department of international relations and co-operation said the delivery “further consolidated the cooperation between our two countries in the fight against the spread of the global pandemic”.

Health Minister Dr Zweli Mkhize said the shipment would travel via Dubai before arriving in South Africa, with the vaccines first having to go through strict quality assurance and stock control over a period of 10 to 14 days, before being distributed in the nine provinces.

Mkhize disclosed to the Sunday Times that South Africa has secured another 20 million doses of Covid-19 vaccines from international pharmaceutical giant Pfizer – raising the country’s order to more than 42 million.

He said the secured vaccines awaited manufacturers to submit final agreements with details of delivery dates and amounts.

Asked by The Citizen to comment on the country’s roll-out preparedness: storage, distribution, security and timeframes, health department spokesman Popo Maja could only say: “We are quite prepared – really prepared in all respects.”

Maja would not comment on security concerns and on who would guard the vaccines once they arrive at OR Tambo International Airport.

Professor Shabir Madhi, executive director of the Vaccines and Infectious Diseases Analytics research unit at Wits University, said: “In terms of the roll-out plan, government has already started trying to gather information on who is eligible for the vaccination, which is good.

“The responsibility for storage has been given to Biovax, who have experience in this area.

“The deployment of the vaccine to facilities in the more outlying areas could be a challenge.

“In terms of distribution, it is important to ensure that you have good facilities and people who have been trained.

“The one concern is that if you have too much red tape in terms of trying to vaccinate individuals – from registration to vaccination times – and not being able to do enough to hit the target, it could lead to serious challenges.”

With over a million cases and tens of thousands Covid-19 related deaths reported, the government has been under pressure to deliver the vaccine to millions of its citizens.