Poorer communities could have Covid-19 antibodies without even knowing it

Patterns of inequality and spatial geography may indicate risks to Covid-19 exposure and illness being associated with socio-economic status. 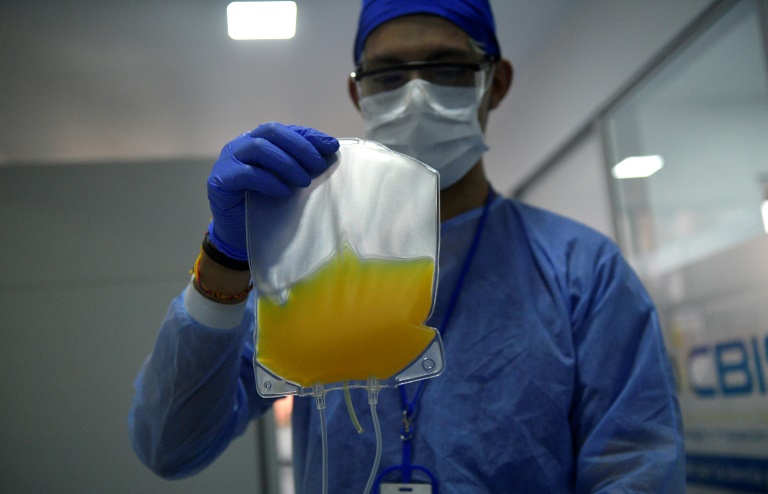 Convalescent plasma contains powerful antibodies that can help fight off the coronavirus faster and help protect people from being seriously hurt by it. AFP/File/Raul ARBOLEDA

Uncertainty surrounding when the third wave of Covid-19 infections will hit is rife across the country, but scientists may have found a silver lining to the fact that many poorer South Africans may have unwittingly been infected by the virus.

During a Covid-19 Ad Hoc Committee meeting with the province’s parliamentary committee on Thursday, Western Cape health MEC Nomafrench Mbombo said it is not known whether there will be a third wave, how severe it will be or where it will hit.

Other factors contributing to mounting uncertainty include the possibility of phase two of the vaccination rollout taking place at an earlier stage, which would mean delays in the third wave, as well possibilities that some residents may already have antibodies, and therefore elements of immunity, to the 501YV.2 variant.

She did have some positive news though.

Mbombo explained that many residents who may not even have realised they contracted Covid-19 could already have immunity, which would further delay the third wave of infections.

South Africa’s Covid-19 variant was only picked up around October 2020.

The results have been divided into different racial groups, namely white, Asian, coloured and black.

Cloete reported that in the Western Cape, seven out of 10 black people already had antibodies. Less than 20% of the province’s white populations were found to have antibodies.

In KZN, almost 60% of black blood donors had antibodies, juxtaposed with 12% in white populations.

Cloete summarised that the patterns of inequality and spatial geography may indicate risks to Covid-19 exposure and illness being associated with socio-economic status.

He explained that those living in poorer areas likely had higher rates of exposure and infection, and therefore higher immunity.

In the Western Cape, this is telling, with Khayelitsha blood samples from diabetics showing that almost 50% had evidence of infection and antibodies.

Cloete said the department now had evidence to suggest that immunity likely played a role in some of the areas hit hard by the first wave that were less affected during the second wave.

The southern parts of the province were at around 15%, and the eastern, northern and western parts showing less than 25% of residents had antibodies in their blood.

No time to dawdle

Cloete emphasised that tentative proof of antibodies and therefore some level of immunity towards Covid-19 does not mean that residents can abandon masks, social distancing and hand washing.

He said that the lull between waves is important to capitalise on, by bolstering healthcare facilities and trying to prevent death. This is what the province is gearing up to do over the next two months.

Colette added that seasonal changes means changes in behaviour. In the summer months, people are likely to congregate outside, but in winter, people stay indoors, and travel with closed windows.

He also warned that long weekends and the Easter weekend is upon us, which means more interactions between subpopulations, as observed during the December period last year.

He said this movement exposed people from different parts of the country, as well as from rural and urban, and wealthy and poorer populations, which drove the second wave of Covid-19.

Acknowledging this can help the country observe how the virus spreads, and how to curb infections, to blunt the impact of the third wave as much as possible.

Preparing for the third wave

The Western Cape health department, which has taken concerted steps to begin preparing for the worst in a bid to mitigate the negative effects of yet another surge in cases, has been transparent in what they do not know, and aims to fill these knowledge gaps.

As of 2 March, the Western Cape had administered 14,196 vaccines to healthcare workers across the province, with vaccine programmes also starting to be rolled out in George and Worcester.

The City of Cape Town continues to have the highest number of cases and recoveries in the province.