A senior military officer stated that not a single military medical health worker was permitted to go outside the Department of Defence for a vaccine. 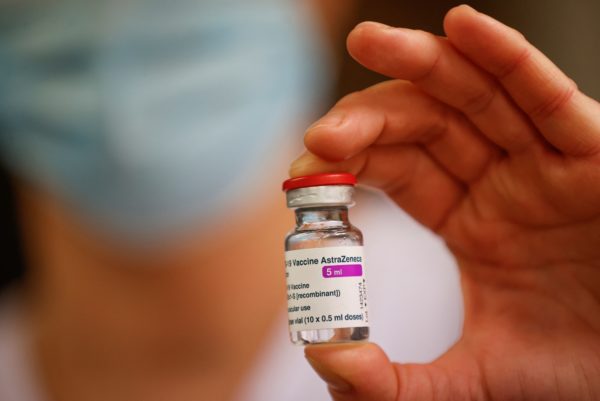 Health workers in the military have had no vaccinations against Covid-19 since the programme to vaccinate public and private health workers began in mid-February.

And the SANDF appears to be in no hurry to change that.

In a document dated 17 March, which GroundUp has seen, a military medical worker put in a formal request to be included in the Sisonke program. The person is, according to the document, in direct contact with Covid-19 patients. The request was denied by a very senior officer and it was stated that not a single military medical health worker is permitted to go outside the department of defence for a vaccine.

ALSO READ: Covid-19 vaccine to be produced in SA

Early in March, the South African National Defence Union (SANDU) threatened legal action if health workers in the military were not included in the Sisonke Vaccination Programme by 8 March. They are now calling for the resignation of the Surgeon-General.

Surgeon General Lieutenant-General Zola Dabula assured SAMA that all health professionals, regardless of whether they are civilian or permanent force members, will be vaccinated through the SAMHS.

The union then agreed to withdraw its threat of legal action.

The military gave the assurance on 5 March that vaccinations would start mid-March at approved sites and the surgeon general was inspecting these to accredit them.

Advocate Pikkie Greeff, SANDU national secretary, told GroundUp on 23 March that it will seek an urgent court order if nothing is forthcoming.

“The military authorities are endangering its own forces by failing to vaccinate its health workers. Endangering [your] own forces is a criminal offence. The surgeon general should resign immediately,” said Greeff.

Griesel Breytenbach attorneys, acting on behalf of SANDU, wrote to the Minister of Defence, the Secretary of Defence, and the Chief of the SANDF on 19 March, stating that the undertakings made by Dabula earlier in March have not materialised and demanding the vaccinations of military health workers proceed.

If there is no response the union will approach the High Court in Pretoria for “urgent relief” the attorneys wrote.

Another document seen by GroundUp, dated 23 February, documents the rollout plan of SAMHS. But which vaccine the military wants to give its health workers, where, and how it plans to obtain them is not mentioned.

It is clear from the document the SAMHS plans to vaccinate its own staff and handle the process from beginning to end.

Senior officers of SAMHS were meant to submit plans to the chairperson of the SAMHS vaccine roll out co-ordinating committee by 1 March. However, when assessing the 14-page document, the aims are there, but not the actual plans. It is a “to do list”.

According to the document, vaccinations will be carried out in phases, with the focus mainly on three military hospitals, followed by Area Military Health Units in eight provinces. The target populations are:

SAMA said it understands the SAMHS is negotiating with Sinopharm, a Chinese company, through the relevant military organisations to bring the vaccines into the country as a second choice, indicating that it has already applied to the South African Health Products Regulatory Authority (SAHPRA).

SAMA points out that companies who are authorised to import products must be holders of a Section 22C Licence to do so.

But the National Department of Health is the only procurer of vaccines – for both the public and private sector. It has indicated its second choice is the Pfizer vaccine.

“We would suggest that SAMHS has a parallel discussion with Dr Anban Pillay from the National Department of Health about how this could be arranged as part of the national phased prioritised rollout, as health workers in SAMHS should be accessing the J&J vaccine now through the [Sisonke study],” notes Dr Angelique Coetzee, Chairperson of SAMA.

The SANDF has not responded to our questions. This article will be updated when upon receiving a response.

Last year it was revealed the SANDF paid Cuba R200 million for a drug called Heberon Interferon-Alpha-B2, that has been proven ineffective in the treatment of Covid-19.