Some on social media have called for the BBC to deal with the reporter who 'assaulted' a woman on live TV. 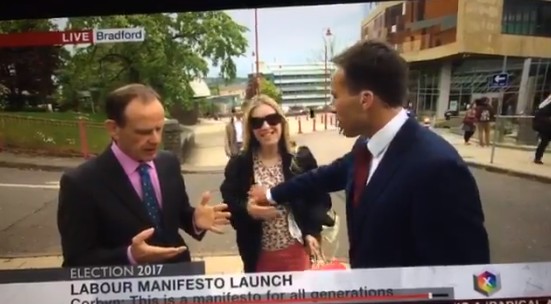 In a video that has been circulating on social media, Brown can be seen doing a live interview on a street in Bradford, England, when a woman suddenly walks up to him and gives a thumbs up.

In an attempt to get the away from the camera, Brown moves her out of the way, only that he grabs her breast while at it.

In retaliation, the woman can be seen slapping Brown. After the interview, the reporter tweeted an apology and said the incident was “completely unintentional”.

The incident opened a heated debate on social media, with some defending him, saying the woman should not have been there to begin with. They said he did not intentionally grab the woman’s breast.

Those who were against him have asked the BBC what it intends to do after one of its reporters “assaulted” a woman on live TV.

Do you think action should be taken against Brown?