Locals have been advised to stay indoors as police clear and sweep the area for any other threats. 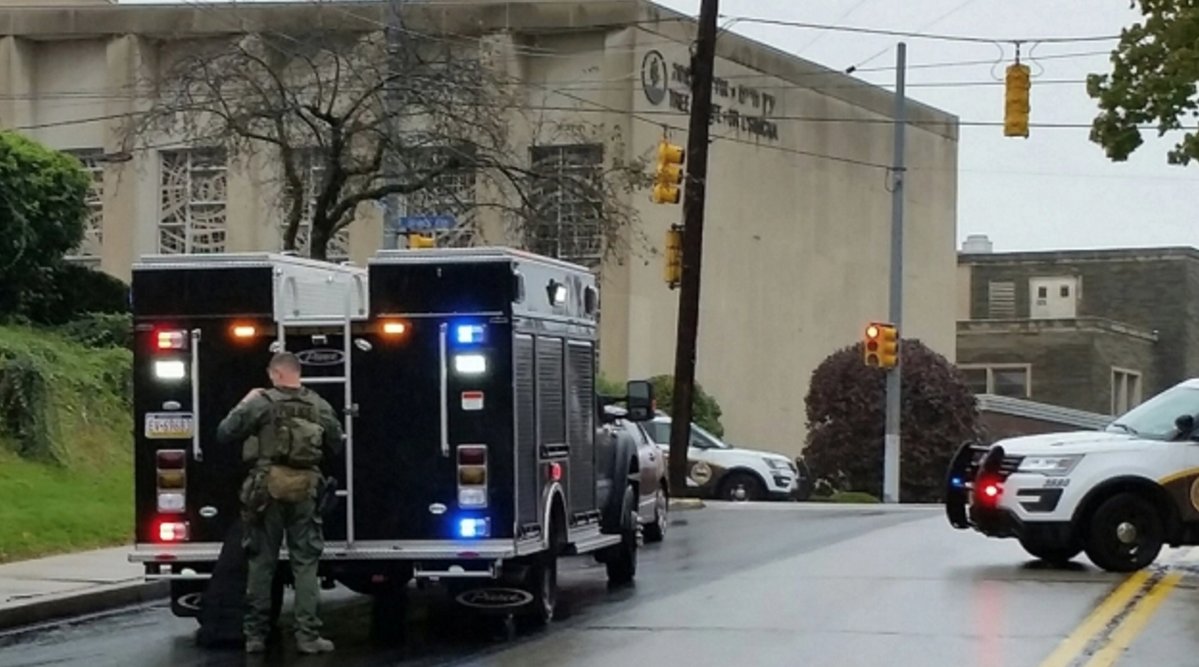 Police sources said the gunman walked into the synagogue and yelled, “All Jews Must die.” Image: shevaun Bryan/Twitter

A man was arrested after he opened fire inside the Tree of Life Congregation, a synagogue in Pitssburgh, Pennsylvania.

A number of people were killed in the shootout.

Th synagogue was crowded for the Saturday service in Squirrel Hill.

It was around 10am that the gunman walked into the synagogue and yelled “all Jews must die,”and opened fire.

Two officers have been shot, with an estimated seven people believed to have been killed.

#BREAKING: 7 dead (4 on the main floor, 3 in the basement), others injured after #activeshooter opens fire in a #Pittsburgh synagogue during bris ceremony https://t.co/dWbTpO3Jsx via @whnt pic.twitter.com/zjfmhgGtCS

The gunman in police custody is also believed to be wounded after exchanging fire with police.

About 60 to 100 people were inside the synagogue. Officials are still clearing the building of any further threats.

US president Donald Trump also commented on the shooting.