The storm initially made landfall across the Leizhou Peninsula on Thursday before rolling along the coast and making a second landfall into northern Vietnam on Saturday. 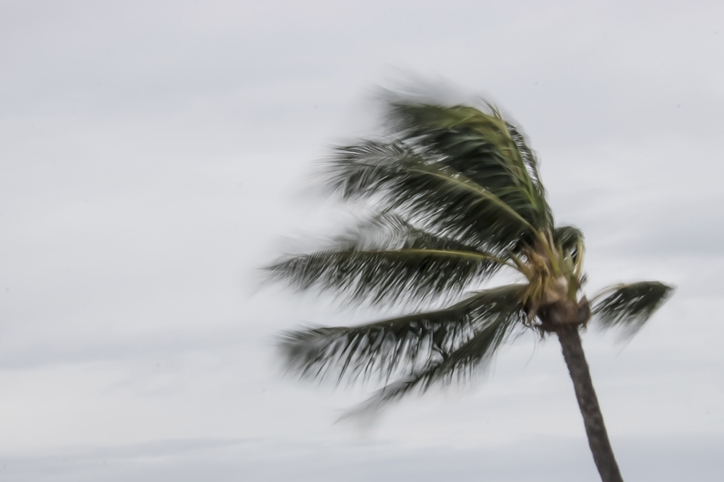 Tropical Storm Wipha has caused flooding in the southern Chinese provinces of Hainan and Guangdong, and Guangxi region in south China.

The storm initially made landfall across the Leizhou Peninsula on Thursday before rolling along the coast and making a second landfall into northern Vietnam on Saturday.

Locations from southern China into northern Vietnam and northern Laos remain on alert for flooding downpours and a heightened risk for mudslides.

Wipha has now been downgraded to a tropical depression and the remnants of the storm are currently located around 75 kilometres to the east-northeast of Hanoi.

Winds are still gusting to around 70 kilometres per hour, but are expected to steadily weaken further. However, heavy showers and flooding rains are expected to continue well into next week.

There has already been widespread disruption to travel with mudslides blocking roads and waterways.

On Friday, violent winds damaged trees and power lines and overturned vehicles in Beihai City, Guangxi Zhuang Autonomous Region. The city’s harbour was also brought to a standstill with boats brought in for shelter.

In the 24 hours up to 0600 GMT on Friday, Beihai recorded 171 millimeters of rain which also caused some flash flooding. It was even wetter in Yangjiang, Guangdong Province where 208mm fell. Qinzhou in Guangxi reported 222mm.

Meanwhile, shipping services were also suspended for a time in the coastal city of Taishan in Guangdong Province. Further north, there were landslides in the province of Sichuan which left one person dead and at least 11 missing, according to state broadcaster CCTV.

Even ahead of the storm, seasonal heavy rains since Sunday have damaged sections of Chengdu-Kunming railway, with six construction workers among the missing in Ganluo County. Around 2,200 local residents and workers were evacuated from the area on Friday.

The remains of the storm are now expected to stagger across northern Vietnam into Laos by the early hours of Sunday. As it does so, it will continue to drag yet more torrential rain across Indo-China. Some parts are expected to receive between 200 to 300mm over the next three days.