It was unclear how many passengers and crew were aboard the Boeing 737-500. 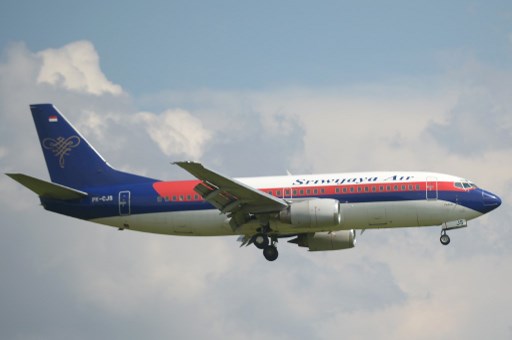 (FILES) This file photo taken over Tangerang on March 18, 2013 shows a Sriwijaya Air Boeing 737-300 aircraft, a similar model to the Indonesian airline's Boeing 737-500 operating as flight SJY182 that lost contact during a flight from Jakarta to Pontianak on January 9, 2021. - Indonesia's Sriwijaya Air lost contact with one of its passenger-jet planes shortly after take-off from the capital Jakarta, the country's transportation ministry said on January 9, 2021. (Photo by Adek BERRY / AFP)

Indonesia’s Sriwijaya Air lost contact with one of its Boeing 737 passenger planes shortly after take-off from the capital Jakarta, the transport ministry said Saturday.

It was unclear how many passengers and crew were aboard the Boeing 737-500, which has a capacity of about 130, when it took off from Jakarta’s Soekarno-Hatta international airport.

The usual flight time is about 90-minutes.

The budget airline said only it was investigating the incident.

In October 2018, 189 people were killed when a Lion Air Boeing 737 MAX jet slammed into the Java Sea about 12 minutes after take-off from Jakarta on a routine one-hour flight.

That crash — and a subsequent fatal flight in Ethiopia — saw Boeing hit with $2.5 billion in fines over claims it defrauded regulators overseeing the 737 MAX model, which was grounded worldwide following the two deadly crashes.