Norwegian police on Saturday cast doubt on the narrative that the perpetrator of a bow-and-arrow attack that left five people dead was a serious convert to Islam. 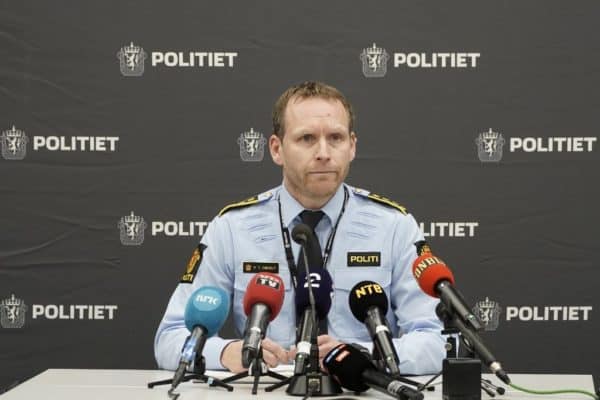 Police Inspector Per Thomas Omholt addresses a press conference in Kongsberg, Norway, on October 16, 2021, three days after a man armed with a bow and arrows killed 5 people before being arrested by police. - A Norwegian court on October 15 ordered the man who killed five people in a bow-and-arrow attack to be held in detention for four weeks in a medical facility, amid mounting questions about his mental health. (Photo by Terje Pedersen / NTB / AFP) / Norway OUT

Police inspector Per Thomas Omholt told reporters the ongoing investigations had reinforced the idea that the suspect, Danish citizen Espen Andersen Brathen who has admitted the killings, had mental health issues.

However “the thinking is that he did not take (the conversion) very seriously. By this we mean that he did not follow or practise the traditions that are common in this culture and religion,” the inspector said.

Website Nettavisen has published a video Brathen allegedly posted to social media in 2017, in which he issued a “warning” and declared his Muslim faith.

Four women and one man died, and three others were injured on Wednesday during the assault in the south-eastern town of Kongsberg.

It was Norway’s deadliest attack in a decade.

Brathen, 37, has been detained in a medical facility pending psychiatric evaluation.

“All the indications are that he chose his victims at random” and acted alone, Omholt said, describing Brathen as “not very social”.

The three people injured, who have not been identified, have all been released from hospital.