The Fifth Circuit Court of Appeals in New Orleans said it granted the stay partly because the order was not likely to pass constitutional muster. 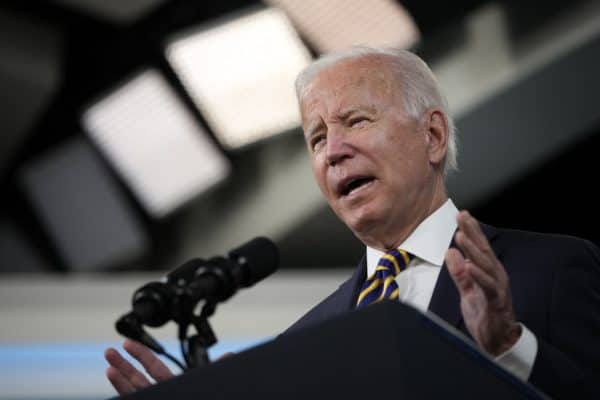 A US federal court on Friday maintained a suspension of President Joe Biden administration’s mandate requiring large businesses to vaccinate employees for Covid-19.

The three-judge panel for the Fifth Circuit Court of Appeals in New Orleans affirmed its initial order from last week, which blocked the mandate from going into effect.

The court said on Friday that the mandate “grossly exceeds” the administration’s authority.

If upheld, the suspension would represent a major setback to one of Biden’s most far-reaching and high-impact efforts to secure the widespread immunisation of American workers ahead of a winter when a resurgence of Covid-19 is expected.

Biden had set a January 4 deadline for such companies to ensure full vaccination of their employees – a rule the administration said would affect more than two-thirds of the country’s workforce and which the court ruling criticised as “staggeringly overbroad.”

The court did not decide whether such a mandate, which would apply to companies with more than 100 workers, is ultimately valid.

But in its ruling, the court said it granted the stay partly because the order was not likely to pass constitutional muster.

“The petitioners’ challenges to the Mandate show a great likelihood of success on the merits, and this fact weighs critically in favor of a stay,” Judge Kurt D Engelhardt wrote.

He also cited potential “irreparable harm” to employees and to the case’s petitioners, which include five strongly Republican US states — Texas, Louisiana, South Carolina, Utah and Mississippi – as well as several private companies and religious groups, if the stay was not granted.

“The Mandate threatens to substantially burden the liberty interests of reluctant individual recipients put to a choice between their job(s) and their jab(s),” Engelhardt said.

“From economic uncertainty to workplace strife, the mere specter of the Mandate has contributed to untold economic upheaval in recent months,” the judge said.

The ruling requires the stay to remain in place until the challenger’s request for a permanent injunction can be reviewed.

Vaccine mandates have a long history in the US but have generally been issued by cities or states.

At issue here is the constitutionality of a US president issuing such a sweeping nationwide mandate.

“Vaccination is the single best pathway out of this pandemic,” Biden has said of the order.

“Businesses have more power than ever before to accelerate our path out of this pandemic, save lives, and protect our economic recovery.”

As of mid-November, about 68 percent of the US population, and 81 percent of adults, had received at least one dose of a vaccine against Covid-19.