WATCH: Putin warns of ‘lightning response’ to intervention in Ukraine 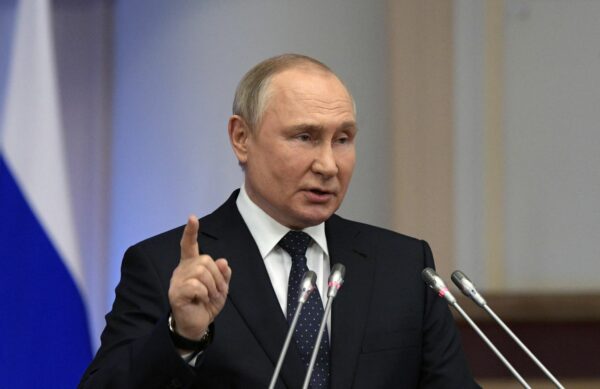 President Vladimir Putin warned on Wednesday that if any other country intervenes in Moscow’s military operation in Ukraine, Russia will launch a quick-fire military response.

Speaking to lawmakers, Putin said that “if anyone sets out to intervene in the current events from the outside and creates unacceptable threats for us that are strategic in nature, they should know that our response… will be lightning-fast”.

The Russian leader said that the military would not hesitate to use the most modern weaponry.

“We have all the tools for this, that no one else can boast of having. We won’t boast about it: we’ll use them, if needed. And I want everyone to know that,” Putin said.

“We have already taken all the decisions on this.”

Putin has frequently touted Russia’s development of modern weaponry, including hypersonic missiles and the new Sarmat intercontinental ballistic missile that was successfully tested earlier this month.

Meanwhile, Ukraine’s Defence Minister Oleksiy Reznikov on Wednesday said Kyiv faced “extremely difficult weeks” ahead, warning of major “destruction” in a developing Russian offensive in the east of the country.

“Some extremely difficult weeks lie ahead,” Reznikov said in a statement on Facebook.

“Russia has already gathered forces for a large-scale offensive in eastern Ukraine,” he added, saying Moscow “will try to inflict as much pain as possible” and warned of “destruction and painful casualties”.

“In the coming days we will need all our resilience and extraordinary unity,” Reznikov told Ukrainians.

He added that the coming events would “determine the future of our state.”