Chatunga Bellarmine Mugabe took to his Facebook page to tell his over 40 000 followers that his father 'remained a champion of champions.' 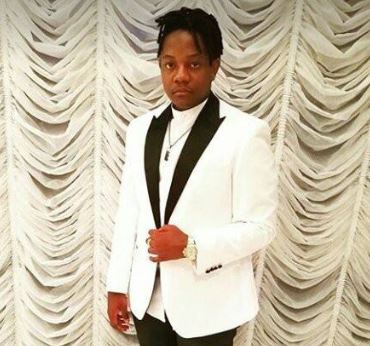 While Grace and Mugabe’s children have been keeping a low profile and are understood to either be at a R43 million Sandhurst mansion where their half brother resides or back home in Zimbabwe at their blue roof mansion in Harare, the youngest, Chatunga has spoken out about his father’s dismissal from Zanu-PF.

“Gushungo will always remain the champion of champions! Proud of you Gushungo Proud of Dad. Gushungo always and forever to death,” he added.

Gushungo is Mugabe’s nickname and is also shared by his two sons.

Read more: What the Mugabe children have been getting up to

Reports have stated that Chatunga and Robert Junior are expected to host Nigerian music star Tekno in Zimbabwe and SA this week.

The boys forked out a large sum of money to bring Tekno who commands millions in performance and appearance fees.

Known for their hard partying ways, Mugabe’s sons have not shown themselves to be particularly interested in politics like their parents who have both been dismissed from their positions at Zanu-PF.

Robert Junior has also indicated what his position is on Mugabe.

He shared a video of his father denouncing military takeover from 1980 when Mugabe became Zanu-PF’s leader.

“I’m not going to have anybody advocate the overthrowing of a government and remain in the country. He’s not one of us if he does that. The alternative is to put him in detention, and I don’t want to do that,” Mugabe said in the interview.

“The right to overthrow a constitution doesn’t exist at all, it is not a right of the individual,” he added.

Peace and love over everything Robert Junior captioned the video.