Near-weekly protests have been held since, despite a deadly crackdown that has killed at least 116 people. 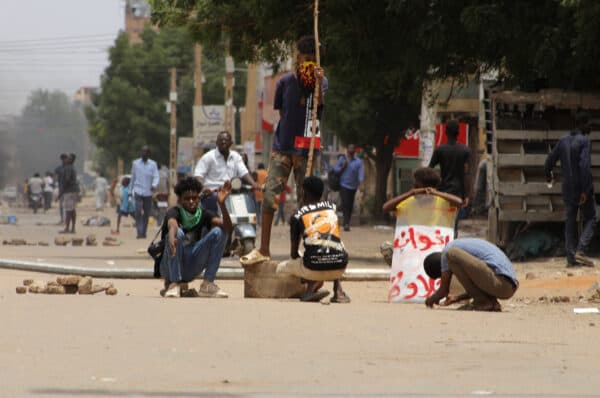 Sudanese protesters take part in an anti-coup demonstration, in the Daym - Bashdar station area in central Khartoum, on July 17, 2022. (Photo by AFP)

Thousands of Sudanese protesters rallied in the capital Sunday to demand an end to military rule and tribal clashes that have killed over 100 people, AFP correspondents said.

“Down with Burhan,” they chanted, referring to General Abdel Fattah al-Burhan, the army chief who last year led a military coup that upended a transition to civilian rule following the 2019 ouster of president Omar al-Bashir.

Near-weekly protests have been held since, despite a deadly crackdown that has killed at least 116 people, according to pro-democracy medics.

“The authority is the people’s,” protesters chanted, demanding soldiers return to their barracks.

Since last year’s coup, Sudan – already one of the world’s poorest countries – has been reeling from a spiralling economic crisis and a broad security breakdown which has seen a spike in ethnic clashes in its far-flung regions.

On July 11, tribal clashes over a land dispute erupted in southern Blue Nile state, leaving at least 105 people dead and 291 wounded, and sparking protests demanding justice and calls for coexistence.

Protester Mohamed Ali told AFP on Sunday that he was demonstrating for “one unified nation”.

The military council has “turned a blind eye” to tribal violence, Ali said, “because these problems allow it to stay in power”.

The strength of the pro-democracy movement has ebbed and flowed since the coup, most recently rocked by a surprise announcement on July 4, when Burhan pledged in a televised address to step aside and make way for Sudanese factions to agree on a civilian government.

Key civilian leaders dismissed his move as a “ruse”, and pro-democracy protesters have held fast to their rallying cry that there can be “no negotiation, no partnership” with the military.

Other civilian factions have been more amenable to negotiations, seeing them as a necessary stepping stone to democratic rule.