Cape Town mayor needs to see the slums for the trees

De Lille could invite submissions for projects, ideas and initiatives from the public to reimagine the ways they collaborate with others to change the ways the poor live. 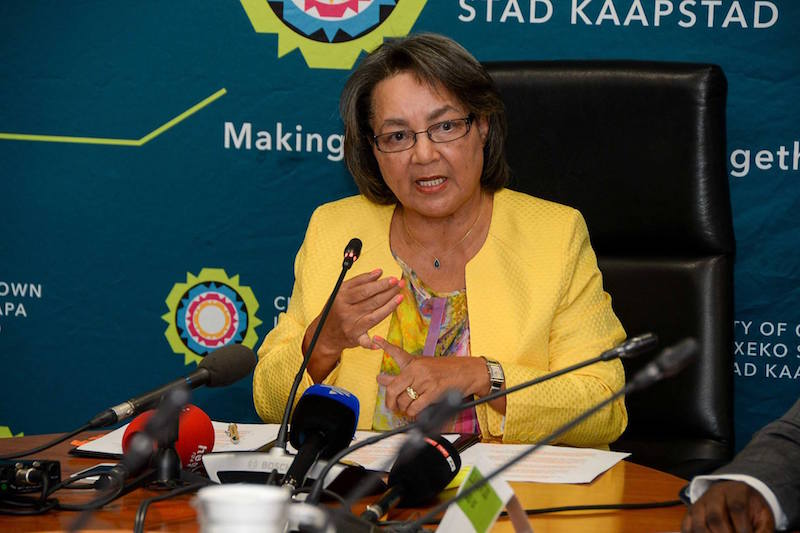 With the reshuffle of her mayoral committee, Patricia de Lille announced her vision to focus on the poor. The more highrise buildings are erected in the city centre, intensifying the densification and traffic congestion, the more development band-aid is thrown at areas on the periphery of Cape Town.

There seems no way out of the rodent-infested ghettos of Langa and Khayelitsha’s informal settlements. In Bonteheuwel, Manenberg, Hanover Park and Lavender Hill, gangsterism is rife and shootings among gang leaders are par for the course, with ordinary citizens and children regularly caught in the crossfire.

Die Burger of January 17 reports on an epidemic of drug abuse – cannabis and tik – affecting 10% of the country’s population. Substance abuse flourishes in both coloured and black townships and drugs are destroying entire families.

Mothers have to fight off sons and daughters destroyed by tik who steal their measly possessions acquired through hard work to keep food on the table. The destruction within families is not being documented nationally, nor is there a national plan to address the scourge of drug abuse.

To be fair, the city has built many houses for the poor, but what I do not understand is why the developers remove all trees and greenery when new housing settlements are built. Scant thought is given to the inclusion of recreational spaces, spaces for young people to engage in constructive activity or clinics and schools.

Many schools in traditionally white suburban areas have landscaped gardens with swimming pools while schools in black areas barely have halls, let alone swimming pools. The lack of creativity and innovation to restructure these slums is deeply troubling. Mshini Wam, an informal settlement, was upgraded by the community, guided and helped by the NGO Community Organisation Resource Centre (Corc).

ALSO READ: Racism, and racism alone, landed that woman in a cage on a bakkie

This informal settlement collaborated with the Informal Settlement Network (ISN), Corc and the City of Cape Town to develop an alternative spatial design framework for the community.

The 250 shack dwellers participated actively in creating a design that embraced public spaces, vertical vegetable gardens and the implementation of solar technology. Solutions were not imposed from above, but the task team solicited buy-in from the communities.

This model of social cohesion and community participation should have become integral to the Design Capital project. Urban Upgrade in Khayelitsha is another project that has focused on urban renewal, but I am not aware of any urban integrated development plan, other than the Violence Prevention Through Urban Upgrade, that will focus on the upliftment of the poor as a priority.

Crime prevention should be made a community issue whereby the city solicits partnerships with communities to work against the germination of crime in areas that encourage its growth. There is much that the city can do and encourage without doing much themselves.

Investing in a social cohesion plan for the city, the mayor could invite submissions for projects, ideas and initiatives from the public to reimagine the ways they collaborate with others to change the ways they live.