Sweeping across the US, the UK and Europe is retaliation from citizens that feel governed by elites. 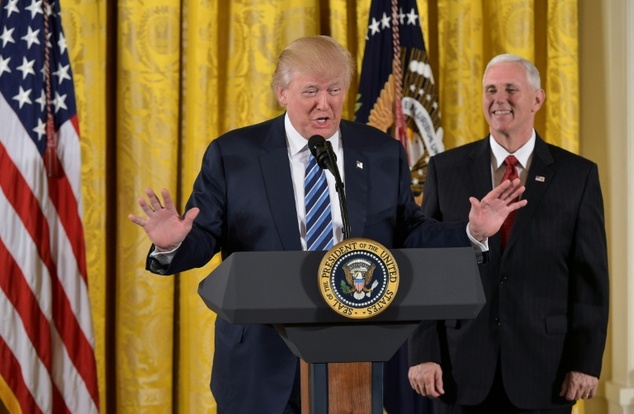 Conventional explanations abound that the push behind Brexit and Donald Trump’s presidency is right-wing populism. There have been a few honest and excellent analyses by the “losers” about why they did not see the tsunami of discontent coming. Most pundits, the media, academics and Hollywood blame the votes on the rise of “white supremacy”, racism, bigotry, misogyny and every other expletive imaginable.

But these invectives are not an explanation. They are just outbursts that make people feel holier-than-thou and intellectually superior. And this is despite the fact that the left – which should be in sync with the working classes – has grown further from those who do their dirty work, protect their lives and scoop up the mess they leave behind, both literally and figuratively.

Sweeping across the US, the UK and Europe is retaliation from citizens that feel governed by elites, who have reduced their role of self-governance and self-determination.

Social welfare and entitlements no longer cut it. The wars in the Middle East and Eastern Europe; the threats of refugees and illegal immigration; the lethargy of the United Nations; the ineffectiveness of Nato to deal with threats of world terrorism; and the self-serving nature of the European Union have contributed to this tide of political insecurity – the left and liberals are oblivious too.

Despite the fulminations of left-wing pundits, academics and the non-vigilant media about a right-wing backlash, what is really happening is a crisis of left-wing liberalism. The “left-overs” refuse to introspect or try to understand how people relate to the European Union; or radical Islamic terrorism; or open borders; or the deluge of refugees fleeing from war-torn countries; or the inability of the super powers (if there is still such a thing) to deal with dictators in the Middle East.

To succumb to political correctness is the easiest position to take instead of calling the sin by its name. Few left-wing analysts take on radical Islamic terrorism per se. In their minds, the US’s dubious deal with Iran must always be seen in relation to Israel, as though Iran should not be dealt with on its own. Russia’s dominance in the region and its involvement in wars with Ukraine and Crimea, among others, raise the vexed question of national sovereignty. President Barack Obama’s antipathy toward Vladimir Putin did not help and escalated Russian interventionism further.

The plethora of analyses of Trump’s rise is so flawed and biased that evidence to the contrary does not seem to bother pundits and the media. Every word of Trump is dissected, emblazoned across pages, and embellished when Obama said much worse. In 2012, he declared the use of chemical weapons by Syria President Bashar al-Assad would cross a “red line for us”, promising military action he did not fulfil. And so we can go on and on proving Obama was not a god, but one that failed.

The Washington women’s march after Trump’s inauguration was the most egregious display of the mindless emotional responses to a Republican backlash. It displayed the most fundamental ignorance of Dem supporters about the role of opposition in any democracy; the legitimacy of a president elected by the people and for the people; and that opposition is a constitutional mechanism to hold governments accountable.