Helen Zille’s folly and the simplicities of debate

It’s a tragedy if Zille’s remarkable career goes down in flames for a momentary indiscretion. All the same... 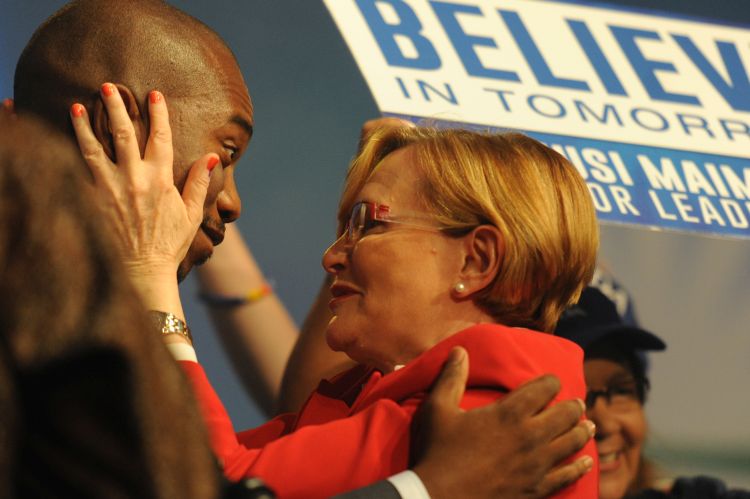 It’s remarkable how a South African politician as intelligent as Helen Zille, premier of the Western Cape and former leader of the opposition Democratic Alliance (DA), did something so unutterably stupid. I am referring, of course, to her notorious tweet stating that not everything about colonialism was bad.

Surely she should have realised that such an assertion was likely to cause an uproar if delivered in un-nuanced style in 140 characters.

For those claiming legacy of colonialism was ONLY negative, think of our independent judiciary, transport infrastructure, piped water etc.

After all, whether Zille likes it or not, South Africa is going through a period in which the politics of race has become acutely sensitive. This manifests in many ways, including the foregrounding of discussions about “coloniality”. In such circumstances, she should have had the political nous to appreciate that her tweeted musings were unlikely to get a measured response from the twitterati.

The responses have been sadly predictable. The major reaction, largely by black respondents, have condemned her for what she didn’t say, asserting that she issued a robust and uncomplicated defence of colonialism.

The fact that she was implying that there were some good outcomes of colonialism – whether intended or not, despite the bad that it inflicted – was buried under a rubble of popular outrage. What she failed to appreciate was, as the late Ali Mazrui, prolific Kenyan writer and philospher, put it:

Africans are not necessarily the most brutalised of peoples, but they are almost certainly the most humiliated in modern history.

So inviting black South Africans, in such a casual manner, to differentiate the legacies of colonialism (let us say, for argument’s sake, slavery, forced labour, racism versus long term advances in education, health and infrastructure) is asking an awful lot.

It’s a bit like saying that the brutalities inflicted on the labourers who built the pyramids have been cancelled out because they eventually contributed to the making of the contemporary Egyptian tourist industry.

It’s also putting forward a crude “balance sheet” approach to colonialism which historians, for very good reason, have long abandoned – so complex have been the debates about the colonial impact.

Similarly, Zille can scarcely complain that various hacks from the governing ANC have jumped on the bandwagon to condemn her as racist or white supremacist, and to claim that her tweet reveals the underbelly of the DA as the vehicle of those who want to restore apartheid.

Such accusations have no intellectual credulity. But they have considerable political salience. No wonder the leader of the DA Mmusi Maimane was so furious.

Let's make this clear: Colonialism, like Apartheid, was a system of oppression and subjugation. It can never be justified.

His biggest fear is that Zille’s tweet will damage his efforts to make the DA attractive to black voters.

No leg to stand on

Zille can’t reasonably complain if the DA’s disciplinary tribunal asks her to stand down as premier of the Western Cape, the only province not controlled by the ANC, or even chooses to expel her from the party.

Zille has written that she would welcome being charged. She would then face a DA disciplinary process which will follow due process of law, offer her a fair trial, and reach a conclusion consistent with the DA’s principles and those of the South African constitution.

Doubtless she will put up a robust defence, asking the tribunal to consider what she did say, rather than what she didn’t say. Yet she will need to put up a stronger case than the one she put forward in an article published on the Daily Maverick website.

In it she lauded the progress made in Singapore. While pointing out the authoritarian nature of the Singaporean regime under its first post-colonial ruler, Lee Kuan Yew, she argued that the Singapore he created was developmentally progressive. He did this by rendering it hugely attractive to foreign investment, while enthusiastically embracing innovation and technology.

Ironically, she scarcely mentioned the colonial legacy at all, save that of the “British trade union practices” which Lee Kuan Yew was to crush. Nothing about the role of Singapore under colonialism as an entreprot for the export of colonial products grown in Malaya under conditions of coerced labour.

She said nothing about the divisive ethnic politics pursued by the British. In the post-war years these resulted in communal violence between Chinese and Malays . Also nothing about the racist insouciance of the British colonial community – one reason why they were so easily booted out of Singapore by the Japanese during the Second World War.

So yes, Singapore may have been a developmental success, but that owes far more to its post-colonial practices and its globally strategic location than anything to do with its colonial record.

Nor is it a credible defence of her tweet to state, as she did in the article, that Nelson Mandela had praised the legacy of the mission schools. It’s indisputable that he had a case for saying so, but context is everything.

Boarding a plane and sending a tweet out for public consumption that could be so easily (and willfully) misconstrued was politically, plain daft – and it may turn out to have been, politically suicidal.

It’s a tragedy if Zille’s remarkable career goes down in flames for a momentary indiscretion. It’s hugely sad if the mud of the calumny that she’s racist was to stick to her reputation. Yet she stands guilty of being trite and racially myopic.

Ultimately, she faces an unappetising prospect: fighting to stay on as premier and damaging the electoral prospects of the party she’s done so much to render a credible opposition. Or choosing to voluntarily resign in defence of her dignity.