Why Mkhwebane is an ‘incompetent’ public protector

An expert weighs in on what the advocate got so badly wrong in her recommendations against the Reserve Bank.

The South African Reserve Bank has won a critical court battle. The High Court in Pretoria set aside a ruling by the country’s Public Protector that the central bank’s constitutional mandate should be changed. The Conversation Africa’s Sibonelo Radebe asked Jannie Rossouw to consider the implications of the court’s decision, and the events that led up to it.

What do you read from this development?

The judgment clearly shows the Public Protector, Busisiwe Mkhwebane, overstepped the mark in commenting on the constitutional mandate of another Article 9 institution. South Africa has six independent Article 9 institutions which are designed to shore up constitutional democracy. These include institutions such as the SA Reserve Bank, the South African Human Rights Commission, the Auditor-General, the Independent Electoral Commission – and the Public Protector itself.

This raises questions about the ability of the Public Protector to discharge her responsibilities competently and without fear or favour. The Public Protector’s office is meant to act in the best interests of all South Africans, not particular groups.

Where does this case leave the public protector?

The Public Protector should do the honourable thing and simply resign. She is clearly not fit to hold office and is now a national embarrassment. She is also doing damage to the stature of the office she holds.

Her incompetence raises questions about her ruling over two critical issues.

The first was that the constitutional mandate of the Reserve Bank should be amended, implying that the focus of the central bank should not be on inflation. Not only is this finding outside of the scope of her mandate, but it also shows a complete lack of understanding of the functions and policy limitations of a central bank. These could have been explained to her by any undergraduate economics student. She should have had the insight to understand that this mandate is prescribed by the Constitution.

It’s mind-boggling that a person in her position could make such a bad mistake.

She also ruled that the Reserve Bank behaved irregularly in not reclaiming a bailout extended to Bankorp in the 1980s. She ordered Absa, which acquired Bankorp, to pay back the bailout money. Absa has filed an application for this ruling to be set aside.

I’m of the view that she also erred in her Bankorp/Absa findings on a number of grounds. The most important is the time lapse since the assistance, which implies prescription and lapse of any claim in this matter. Moreover, the Reserve Bank has assisted numerous banks in South Africa on various occasions without the imposition of the same sanction. It would be questionable justice to impose sanction over the Bankorp matter and not in any other instance where the Reserve Bank came to the rescue of banks.

What are the political implications, if any?

The court’s judgment has saved South Africa from a potential constitutional crisis which would have caused further damage to investor confidence.

A number of key institutions such as the Auditor-General and the Independent Electoral Commission could be rendered vulnerable if the Public Protector were given free reign. These institutions are supposed to protect public interest but have come under attack in this era of state capture.

A number of public institutions, government departments and state-owned enterprises have been captured by forces acting in the narrow interest of politicians and their friends. This has placed the country in jeopardy.

Recent developments around the country’s Treasury is a perfect example of how far the agents of state capture are prepared to go. South Africans watched with horror how the state capture agents bulldozed their way into the National Treasury. When the previous finance minister Pravin Gordhan stood against attempts to raid the public purse, he had to be fired and the conduct of his successor in the face of state capture is still subject to scrutiny.

What are the economic implications, if any?

It means that the bank will continue to discharge its constitutional responsibility and its independence is still safeguarded. Its independence serves to protect it from the whims of politicians.

It therefore implies that the bank will continue to focus on containing inflation as a consequence of its unchanged constitutional mandate, which is to protect the value of the currency in the interest of balanced and sustainable economic growth.

This ruling will help to maintain some confidence in the South African economy, and will go some way towards restoring the slipping sovereign credit rating.

However, much more needs to be done before South Africa will once again have investment grade credit ratings from all major ratings agencies. For one thing, there must be greater policy certainty.

Jannie Rossouw, Head of School of Economic & Business Sciences, University of the Witwatersrand 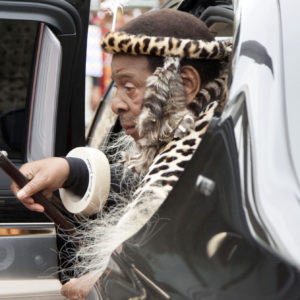