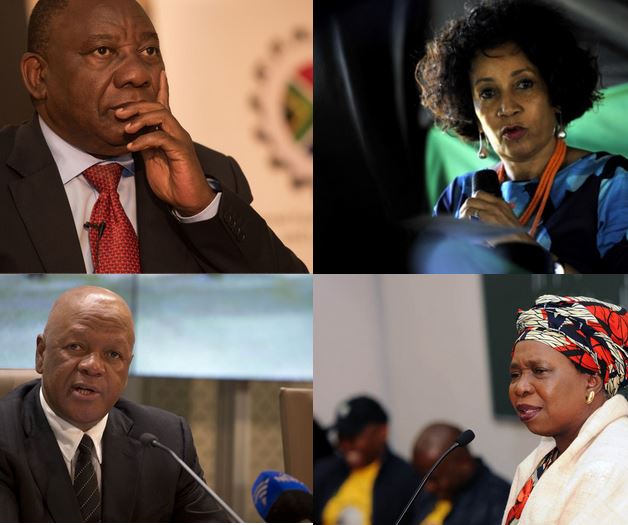 The conference will, among other things, mark the end of Jacob Zuma’s controversial decade-long tenure as party president. It will also bring to an end a bruising contest to replace him. The top two contenders are Cyril Ramaphosa and Nkosazana Dlamini-Zuma. The Conversation Africa’s Politics and Society Editor, Thabo Leshilo, asked Keith Gottschalk about the process.

Why does the conference matter?

The elective conference is important for the party as well as the country. This is because the person chosen to lead the party has, since 1994, gone on to become president of the country – an outcome dictated by the fact that the parliament elects the next president and the ANC has a large majority in parliament. The outcome is therefore watched very closely by both South Africans who support the ANC and those who don’t.

How does the ANC choose its top leaders?

The ANC’s election process is full of extraordinary contradictions. It has built into it some of the most stringent checks and balances of any party in the world. On paper, the process could not be more fair. In practice either incompetence or manipulation causes much anger.

The party holds an elective conference every five years. According to the ANC rules, 90% of the delegates to the conference must be from party branches. Each branch in good standing is entitled to send one delegate, and if a branch has more than 250 delegates it is allowed to send one extra delegate per 250 extra members.

The additional 10% of delegates is made up of representatives from each provincial executive, delegates representing the women, youth and veterans leagues as well as members of the party’s National Executive Committee who attend in an ex officio capacity.

Before the conference ANC members are required to take part in a specially convened annual general meeting of their branch. There are over 2 000 branches in good standing. To be able to vote at this special AGM members have to have their ANC membership card as well as their South African national identity document.

What checks and balances are in place to make sure the process is fair?

Voting at the branch AGMs is monitored by trusted veterans chosen by the Provincial Executive Committee who are deployed to monitor the process.

Voting usually takes place by show of hands, but may be done by secret ballot. The team monitoring the process must take a picture of results of voting recorded on paper using their cellphones and send the image to the party’s national headquarters at Luthuli House, in Johannesburg. This is to prevent ballot results being tampered with.

What are the flaws in the system?

I believe the process is fair. But it would be fairer if there was a direct one-member-one-vote system instead of branch totals.

The flaws in the system relate to the extent to which rigging can take place. This can happen by wealthy politicians setting up ghost branches. Provincial executive committees also sometimes try to manipulate the outcome of the branch AGMs. This can happen through manipulating who gets chosen to represent the branch as a delegate to the national conference.

But the biggest opening to possible fraud is through using the issuing of ANC membership cards to “gatekeep” – stopping people from being able to vote in branches, or even from attending the conference. Membership cards, and being included on the membership list compiled by Luthuli House, national HQ (as opposed to lists kept by one’s own branch and provincial office) matter because they give individuals the right to vote at their branches, as well as at the conference if they’re chosen to go as a delegate.

During the last few conferences there were accusations that the Zuma faction of the ANC deliberately used the fact that renewals and new cards can take a very long time to issue to keep certain people from attending (and voting).

The issuing of cards is a mess. New members complain bitterly about waiting inordinately long periods – sometimes up to 21 months – to get their membership cards. Renewals can also take forever. The renewal of the late ANC former cabinet minister Kader Asmal’s membership card reached his widow five years after he died.

Sometimes, some members in good standing suddenly discover that their names have been removed from the membership register. The most high profile of these cases was Zweli Mkhize, the party’s treasurer and one of its top six leaders.

Five years ago an example of gatekeeping hit one branch’s delegate when he arrived at the national conference at Mangaung. He was told he was not a member in good standing. He was in fact an ANC Member of the Provincial Legislature. Only after votes were cast which saw Jacob Zuma re-emerge as party president was it conceded that he was actually a member in good standing.

Another potential flaw is that delegates who are mandated by their branch to vote for one particular candidate are persuaded – for example by being bribed when they get to the conference – to vote for someone else.

Voting at the conference is by secret ballot. The assumption is that branch delegates will behave with integrity and vote for the person their branch mandated them to vote for.

But even if they do accept a bribe, those reportedly offering the bribe have no way of knowing if the delegate actually did change his or her vote.

South Africans, especially ANC voters, will be watching closely for any signs of rigging, bribing branch delegates to switch their votes, and other manipulations. If all is free and fair the process certainly equals, for example, the degree of democracy in UK and US parties choosing their leaders.