It’s too soon to panic over land

People do want property but they don’t want the EFF solution, where all land is owned by the state. 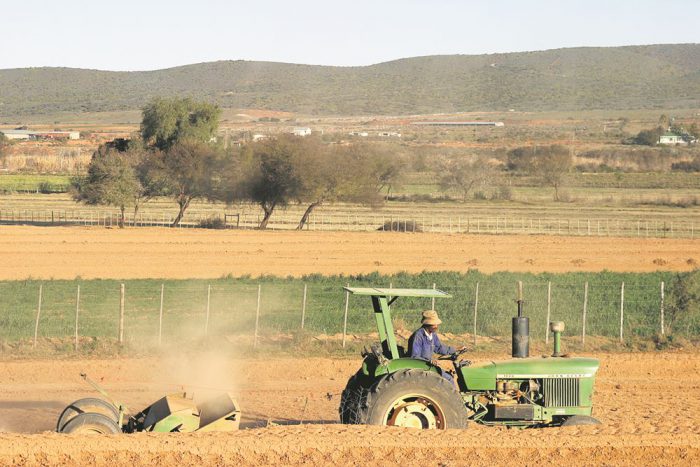 It’s too soon to panic about expropriation without compensation (EWC). It is not a done deal.

Let’s look at what happened last week. The National Assembly adopted a motion, introduced by the EFF but watered down by the ANC. Relevant clauses allow a soft landing.

The National Assembly … “instructs the constitutional review committee to: “(a) Review Section 25 of the constitution and other clauses where necessary to make it possible for the state to expropriate land in the public interest without compensation, and in the process conduct public hearings to get the views of ordinary South Africans, policy-makers, civil society organisations and academics, about the necessity of, and mechanisms for expropriating land without compensation; “(b) Propose the necessary constitutional amendments where applicable with regards to the kind of future land tenure regime needed;” The committee must report to the Assembly by August 30.

The motion received 241 votes, short of the 267 (two thirds) which some believe would be enough to amend Section 25 of the constitution. Others say 300 votes (75%) is the threshold. Never mind that Section 25 does not necessarily hinder expropriation.

The motion is not a direct call for EWC.

How did we get here? At the ANC’s elective conference in December, Cyril Ramaphosa used EWC jargon in order to secure victory. Since then, he has retained the EWC theme in order to keep the party together while dismissing 10 ministers.

President Ramaphosa is now more in control, consolidating his position. He knows what is necessary to restore investor confidence. EFF-style land grabs are out of the question.

By adapting the EFF’s motion on expropriation, Ramaphosa may have outwitted Malema, stolen his thunder. In the coming months, Ramaphosa is likely to ditch more flaky ministers and attempt to continue further neutralising Malema, who is becoming desperate.

When the constitutional review committee conducts public hearings to get the views of “ordinary” South Africans, it will hear that most have little interest in land reform. According to the SA Institute of Race Relations 2016 field survey, only 1% of black respondents (down from 2% the previous year) said more land reform was the best way to improve lives.

The teeming millions in our cities and towns do not hanker for a rural idyll. But people do want property.

They don’t want the EFF solution, where all land is owned by the state. They know title deeds will give them access to credit, property improvements, education and other opportunities to climb the prosperity ladder.

If property could simply be taken away through EWC, it would lose its value and could not be used to raise credit. Bye-bye property improvements, education and other aspirational goals. No more “better life”.

Redress for historic racial imbalances is non-negotiable. It will not be complete until millions of individuals have freehold title to land currently controlled by the state or traditional authorities. That would be radical economic transformation.

To get there, Ramaphosa must dispel the notion that the radical tail is wagging the dog.