The Holy Grail of purpose that should apply to all business – that of serving its market or customers – must equally apply to government. 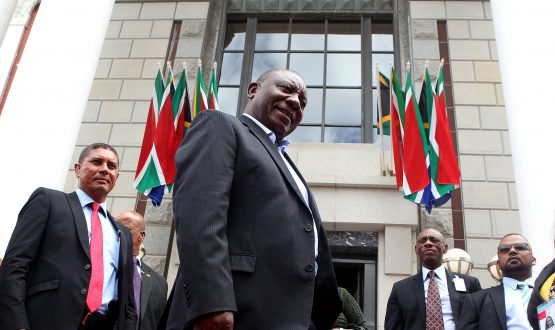 The at-times cavalier behaviour of the United States under Donald Trump’s ‘America first’ refrain raises a number of issues that could have a significant impact on the global economy.

The more obvious, and one that can affect South Africa’s foreign trade, is the global trade war he has unleashed. Barriers to foreign imports have already triggered the inevitable tit-for-tat response from America’s main trading partners, including China, Canada, and Europe. There are seldom outright winners and losers in this game. The initial gains you make in reducing imports are invariably offset by a fall in exports, and you find yourself becoming more and more insular, until you lose your position and influence as a global trading nation.

It is counter-intuitive to a well-established principle, backed by years of World Bank research, that the success of a nation depends on having an external focus and developing its people. You can apply those same principles to a company and even to an individual. It amounts simply to a desire to make a contribution to the world around you, and developing the knowledge and skills to do so.

More significant is the impact this behaviour has on trust. Commerce has always been a proven counter to conflict, but the moment it is engineered for exclusive self-gain, it creates an imbalance and distrust. The US’s problem has been compounded significantly by its offhand approach to treaties, agreements and understandings; going back to its treatment of native Americans; the more recent scuttling of a highly valued Iran nuclear deal; reneging on climate change commitments; its propensity for covert involvement in regime change and many more. Sad to say, America is no longer as trusted a nation as it used to be. It remains to be seen whether the dramatic rapprochement with North Korea will improve or further damage that trust. But as things stand, there is a danger that ultimately trust will also be lost
in its most powerful global instrument, the dollar.

This brings attention to the most significant aspect of all: the role governments play in our wellbeing: as individuals, as nations and as a global species. Governments are big, invasive and more in control of our destiny than any other single institution. As we saw with Greece and more recently Italy, centralised authority can ride roughshod over the democratically expressed will of the people. It is the least trusted institution in most societies, below that of business, NGOs and the media.

Yet they continue to grow. Not only in size as reflected in their claim on national resources, but in their regulation of citizen behaviour through legislation. They are there to stay, perhaps even becoming more dominant and invasive. With this, the classic ideological debate between capitalism and socialism is fuelled to hysteria and open conflict. The size of government is then used as an unsubstantiated premise to prove its role in national prosperity or poverty. In South Africa, President Ramaphosa has earned some kudos for promising to review the size and structure of the government. Few will take issue with that, especially in the light of the disastrous performance of state-owned enterprises in recent decades and the high demands on dwindling revenue. There’s no question that we have a bloated, largely inefficient and wasteful bureaucracy.

But one must caution against a dogmatic approach based simply on size and metrics. Unbending ideology can often stand in the way of progress and muddy the path of economic evolvement. Many prosperous nations, such as Norway and Denmark, contradict the small government premise. Others such as South Korea, post-war Japan and Taiwan have shown what can be achieved not only through strong collaboration with private initiative but in having a firm government hand on the process.

British economist and author, Professor Mariana Mazzucato of the University College London, has argued for a partnership of equals between public and private actors in the innovation economy. She writes: “The state has actively shaped and created markets, not just fixed them. It has done so by being an active investor along the whole innovation chain; not only in basic research but also even in downstream areas like applied research and early stage financing of companies.” South Africa’s Sasol is a good example of that.

Despite my own early fanatical aversion to state involvement in the economy and preference for private sector control of resources, a question that often irks me is what prevents the state or communities from having their own enterprises if they played to the same rules as those in the private sector? Of course that is a big ‘if’, but arguably those rules are as easily broken by big, centralised economic power-houses and corporates as governments.

The answer lies, of course, in intent. The Holy Grail of purpose that should apply to all business – that of serving its market or customers – must equally apply to government. The rules of reward distribution: meeting the legitimate expectations of the participating stakeholders and encouraging continued contribution should also be followed. In short, one should follow common purpose and common fate principles where government is involved. That would imply, for example, that civil service pay could be flexibly linked to nominal GDP growth once guidelines have been established for the appropriate size of the government wage bill in relation to GDP. Interestingly that would make the current 7% public sector wage offer close to that norm.

That ‘appropriate size’ is at the core of the debate. In a social media post, economist Mike Schüssler argues that at 13.79%, the SA government wage bill is “very, very high” compared to the average of 6.3% for low income countries, 7% for middle income and 9.7% for rich countries. The legitimacy of using averages as benchmarks is open to question – just ask any individual shopper whether they believe the official inflation rate! But even in the Schüssler table, South Africa is still below countries such as Denmark, Norway and Finland.

Big government is here to stay. But as Muzzucato argues, it has to start thinking entrepreneurially. Size matters far less than the way it behaves.

Shunned by western countries over Omicron, Africa gets a boost from China
2 days ago
2 days ago

Shunned by western countries over Omicron, Africa gets a boost from China
2 days ago
2 days ago