The Guptas, who are synonymous with state capture, banked on – and received – ANC support. Where was Cyril Ramaphosa in all this? 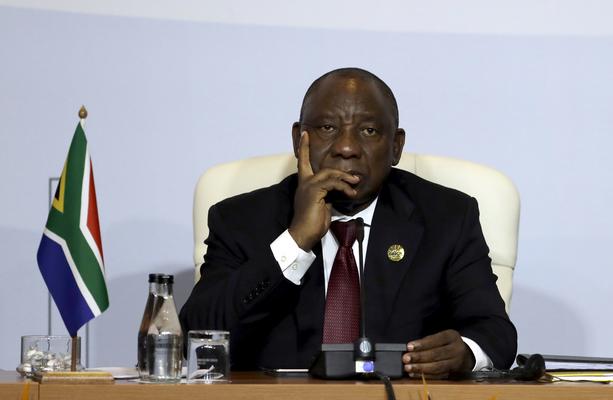 Zizi Kodwa is correct, the ANC is not on trial at the Commission of Inquiry into State Capture. No one is on trial there. It’s an inquiry, not a court.

In the court of public opinion, the ANC has been implicated at the inquiry. Lawyer Ian Sinton disclosed on Monday that Standard Bank executives had been summoned to Luthuli House to explain why they had closed the accounts of Gupta-linked companies. Threats were made in an attempt to have the accounts re-opened.

That’s damning for the ANC, whose leaders used the party’s headquarters as a venue for their bullying attempts to protect the Guptas, who are synonymous with state capture. The Guptas banked on – and received – ANC support. Not only from Jacob Zuma.

Among those present at Luthuli House were then secretary-general Gwede Mantashe and his deputy Jessie Duarte. They were acting for the culprits. Ironically, at the time (2016) Mantashe was supposedly in charge of an ANC investigation into state capture. He claimed there had been only one written submission. Yet he was in the middle of it. Protection of state captors was played out in front of him. “None so blind as those who will not see.”

As for Duarte, her son-in-law accompanied Des van Rooyen during his four-day stint as a Gupta-appointed minister of finance in 2015, before the banks were summoned. She knew nothing?

There are others in the ANC top six who feature in state capture. Current secretary-general Ace Magashule was Free State premier during the Estina dairy farm scandal. His children worked for the Guptas.

Many have known this for a long time. In 2008, former president Kgalema Motlanthe said: “The rot is across the board. Almost every project is conceived because it offers opportunities for certain people to make money.”

Motlanthe and others in the belly of the beast knew what was going on. Where was Cyril Ramaphosa in all this? The banks closed Gupta accounts in early 2016. Yet Ramaphosa, with all his political and business connections, had no clue of the circumstances?

He was deputy president of the country and of the party. It is inconceivable that he was unaware of banks being summoned to Luthuli House to be harassed. There is no record of him speaking out against this within the party or anywhere at the time. He was not blindfolded during the years of Zupta plunder. Inaction by him and his colleagues allowed this to continue.

Elected party president by a slim margin in December, Ramaphosa is fighting against one ANC faction which may or may not be more corrupt than another.

Preaching unity, he lacks the political support and courage to tackle corruption. ANC unity requires a soft approach to corruption. Without corruption and patronage, nothing will hold the ANC together.

Face it, state capture could not have happened without ANC support. A vote for the ANC is a vote for corruption.

I warned ANC about appointing 'clown' Mbalula as elections head, says Niehaus
23 hours ago
23 hours ago

Mandatory vaccination: Here are the places business wants to restrict access to
1 day ago
1 day ago
PREMIUM!

I warned ANC about appointing 'clown' Mbalula as elections head, says Niehaus
23 hours ago
23 hours ago

Mandatory vaccination: Here are the places business wants to restrict access to
1 day ago
1 day ago
PREMIUM!