The internal ANC upheaval on the way – and how it will play out in the public sphere and in government – should not be underestimated either. Not even a little. When delegates voted at the ANC’s Nasrec elective conference at the end of 2017, many commentators and analysts knew that it was potentially one of the most significant political watershed moments in our democratic history.

Either, things would stay as they were during the “lost years,” or there would be substantive, and perhaps positive, change.

Now, almost exactly three years later, the actual extent of state capture and the brazenness of the looting of public resources have become much more apparent.

Not completely clear, but much, much more apparent.

At the beginning of October, IOL published a late night article claiming the ANC secretary-general and former Free State premier Ace Magashule would be arrested the following day.

The Hawks eventually refuted the claim after every media house tried to confirm the ‘news’.

Today, they confirmed that an arrest is imminent. An arrest warrant has been issued for the secretary-general of the ruling ANC.

The magnitude of this news can not be underestimated in the South African political context.

Magashule will be the highest-ranking politician yet to be arrested (if he in fact is), after former state security minister Bongani Bongo a year ago.

However, while the former premier might not have been a minister, the litany of allegations against him is the stuff of legend. The R255 million Free State housing asbestos project is almost pocket change when compared to some of the other allegations levelled against Magashule.

And, he is significantly more powerful than Bongo ever was.

That is what makes this looming arrest so incredibly important: It seems as if there is actually a long arm of the law that is willing to go after some of the most powerful people in this country.

The National Prosecuting Authority (NPA) has for some time said that patience is a virtue, and that they are attempting to build watertight cases before moving in for the kill.

One cannot imagine that the Hawks would apply for a warrant of arrest for one of the most powerful figures in the country without knowing that they, and the NPA, stood a very good chance of success in court.

And if that is indeed the case, one has to wonder who else is in the firing line?

Not so long ago, it was unthinkable that a businessman like Edwin Sodi would be arrested. Or Thoshan Panday. Or a provincial director general, or a provincial police commissioner for that matter.

Let’s be clear, these people were arrested based on allegations, and are innocent until proven guilty in a court.

When high profile targets are arrested, however, prosecutors need to be pretty certain that they have a strong case. And more importantly given our context, they need to be free from political interference in order to initiate the arrests and charges.

Which brings us back to one of the most powerful political figures in the country: Ace Magashule. If you are going to poke the bear, you need to be sure of the weapons at your disposal.

And, the internal ANC upheaval on the way – and how it will play out in the public sphere and in government – should not be underestimated either. Not even a little.

This case is going to upset the ANC Top 6 structure completely. It has the potential to shift the balance of power to the Cyril Ramaphosa faction completely.

If, and/or when that happens, Ramaphosa will have significantly more power as the State President.

And all of this is very, very bad news for some comrades. Prepare yourself for another round of White Monopoly Capital and Radical Economic Transformation propaganda to play itself out.

It's time for dispossessed Zim farmers to get a land claims court
5 days ago
5 days ago
PREMIUM!

Carl Niehaus has a case to make over his axing
6 days ago
6 days ago
PREMIUM! 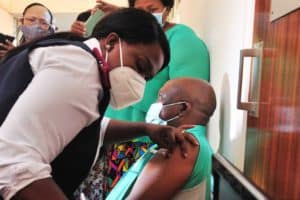 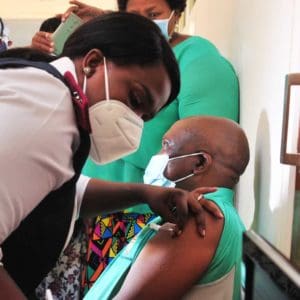 It's time for dispossessed Zim farmers to get a land claims court
5 days ago
5 days ago
PREMIUM!

Carl Niehaus has a case to make over his axing
6 days ago
6 days ago
PREMIUM!