For the time being – and who knows how long – it seems as though South Africa is the least of Musk’s concerns as he sits in his cot playing with his new Twitter toy like a spoilt little brat. 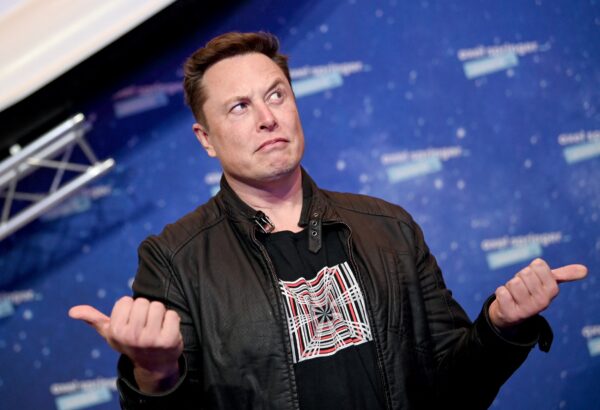 Elon Musk – who recently bought Twitter – does not give a damn about South Africans even though he was born in Pretoria, north of Johannesburg.

The earth’s richest man just spent $46.5 billion (approximately R733 billion) to buy social media company Twitter, but could not find a dime in his more than $273 billion fortune (R4.2 trillion) to assist flood relief efforts in his home country.

According to The Verge, the funding for his Twitter buyout is proved through two debt commitment letters from Morgan Stanley Senior Funding in which the bank commits to offering a series of loans worth $25.5 billion.

The remaining $21 billion will be covered by Musk himself.

Activist investor Natasha Lamb told Emily Chang of Bloomberg Technology that Elon Musk acquiring Twitter is “akin to a kid packing up his toys going home to play by himself.”

For a man who said free speech is the bedrock of a functioning democracy – and Twitter is the digital town square where matters vital to the future of humanity are debated – Musk could not even tweet a message, never mind find the money, to urge people to donate much-needed aid for relief efforts in KwaZulu-Natal (KZN).

The Space X and Tesla boss has almost 85 million followers on Twitter.

While condolences were pouring in for the families who lost their loved ones during heavy rains in the KZN floods, Musk chose to remain silent, no doubt fully aware of what was happening in the country of his birth.

More than 400 people lost their lives in the KZN flood, which was described as the deadliest floods in the country’s history.

NOW WATCH: What will change at Twitter now that Elon Musk has bought it?

Elon Musk left South Africa when he was only 17 years old.

In a video clip of Musk shared by @incomeparent, which went viral on TikTok last year, Musk explained the real reason he left SA was to avoid being forced into joining the army for military training.

According to Musk, he just was not interested in oppressing black people.

“Spending two years suppressing black people didn’t seem to be a great use [of the] force,” Musk said in the interview.

Yet, when he could have shown some compassion for South Africa at a time of need, he severely lacked it.

However, Musk is not alone in his lack of compassion for the South African flood victims.

Trevor Noah was also recently slammed for ignoring the KwaZulu-Natal flood victims when he asked people to donate money for the Ukrainian refugees.

South Africans told the Mzansi-born comedian that instead of focusing on world crises, he should also try to raise donations for the people affected by the recent deadly floods.

Ironically, South African-born actress Charlize Theron used her charitable foundation to raise money for the victims of the KZN floods.

Theron announced that she had launched a KZN flood relief fundraiser through her organisation, the Charlize Theron Africa Outreach Project.

Some of the other local celebrities who have contributed to the KZN flood relief include actress and businesswoman Sonia Mbhele, reality TV star and CEO of Ncwane Communications Ayanda Ncwane, entertainer Somizi Mhlongo and billionaire and president of the Confederation of African Football (CAF) Patrice Motsepe who pledged R30 million to through the Motsepe Foundation.

However, it seems that Musk is keen on keeping his distance from South Africans, including DJ Michael Bucwa – also known as Mr Smeg on Twitter – who asked him to assist.

For the time being – and who knows how long – it seems as though South Africa is the least of Musk’s concerns as he sits in his cot playing with his new Twitter toy like a spoilt little brat.